When it comes to decking the halls for the holidays, London’s Tate Britain museum has taken a macabre approach.

The exterior of the art museum’s stately exterior is transformed, as the Tate describes itself, into a “marooned temple,” embellished with ragged banners and haphazard lights hung askew, while sculptures that look like temple ruins, trash and rags adorn the steps. The dark, borderline-dystopic decorations are accompanied by a 21-minute soundtrack of running water and rolling thunder; the effect is definitely more spooky than merry — which is fitting when you consider the installation’s title: “The Depth of Darkness, the Return of the Light.”

This sensory-driven winter temple is the handiwork of artist Anne Hardy, who, according to an Instagram on the Tate’s official account, was “inspired by the rhythms of the earth and the tides of the River Thames.”

Hardy chose the somewhat foreboding title having been inspired by pagan descriptions of the winter solstice, which is the darkest moment of the year. In an interview with AnOther Magazine, Hardy explained that she combined elements of nature with the structure of the museum. “I wanted to work with the Tate façade but change its mood,” Hardy said. “To treat is as a found object and to think about how it might be if it wasn’t the Tate, or had been overcome by natural events.” 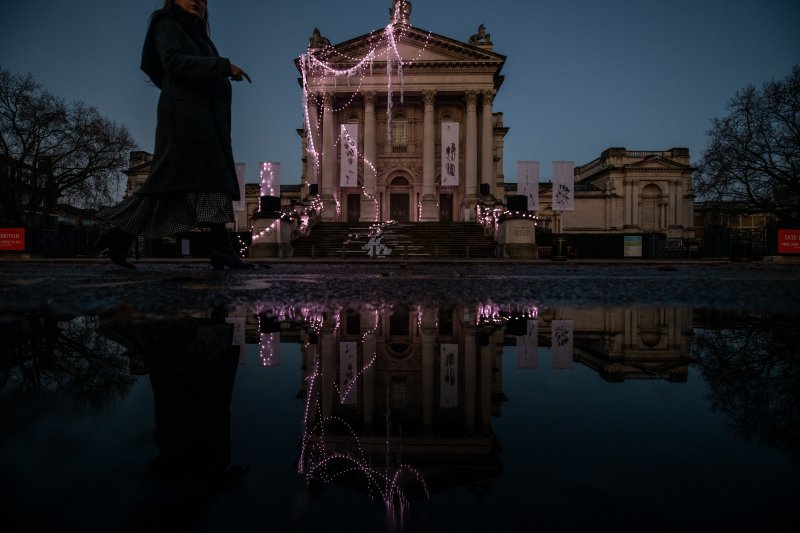 A sculptural installation by artist Anne Hardy is seen on the exterior of Tate Britain on Nov. 29, 2019 in London, England.
Chris J Ratcliffe—Getty Images 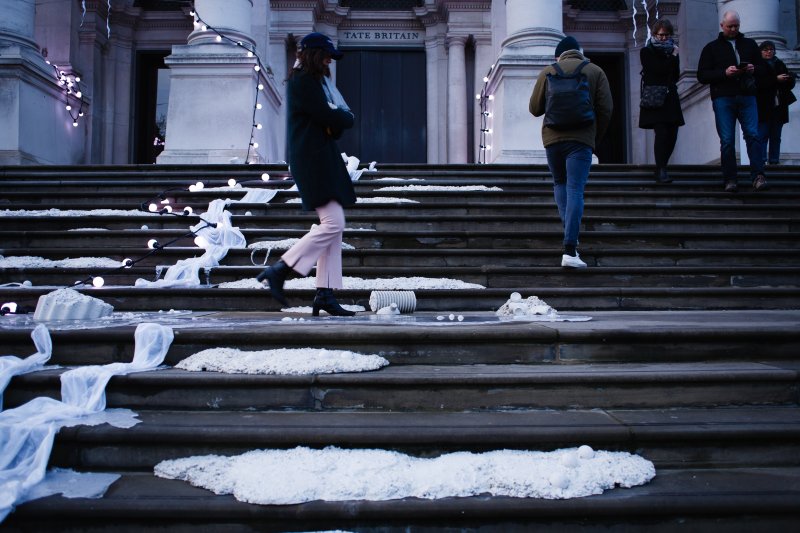 People walk across the light-and-sound installation ‘The Depth Of Darkness The Return Of The Light’, by artist Anne Hardy, on the steps of the Tate Britain art gallery in London, England, on November 30, 2019. Hardy’s piece, unveiled today as the gallery’s 2019 Winter Commission, is intended to make the building resemble a ‘marooned temple’. A thundery soundtrack accompanies the physical objects fixed to the steps and masonry of the front of the gallery. The installation will remain in place until January 26 next year.
(Photo by )David Cliff—NurPhoto/Getty Images 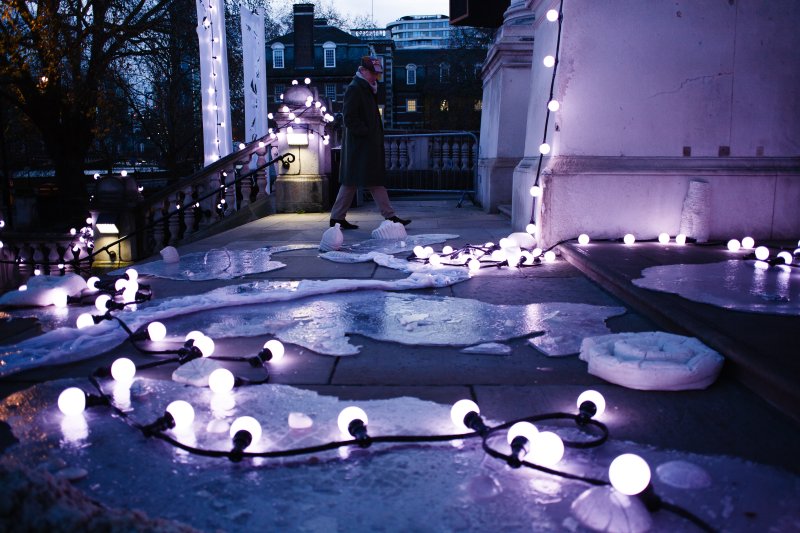 A sculptural installation by artist Anne Hardy is seen on the exterior of Tate Britain on Nov. 29, 2019 in London, England. (Photo by )
David Cliff—SOPA Images/Getty Images 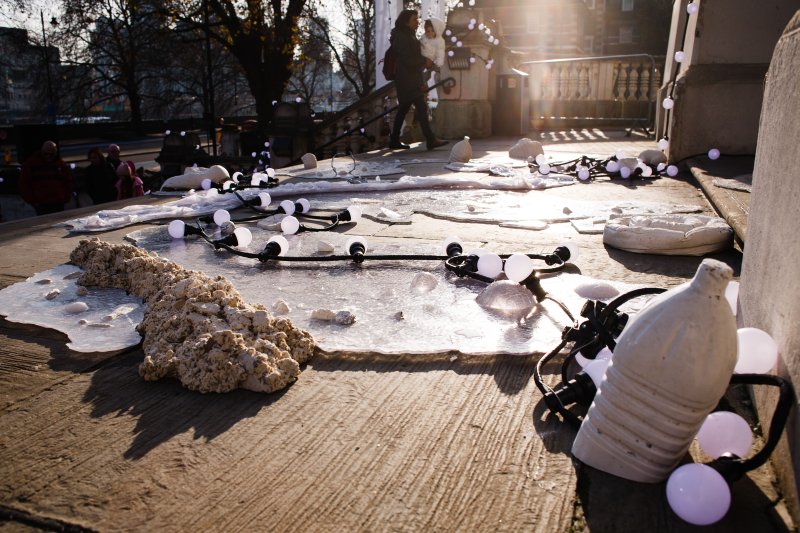 A sculptural installation by artist Anne Hardy is seen on the exterior of Tate Britain on Nov. 29, 2019 in London, England
David Cliff—NurPhoto/Getty Images