Researchers are set to reveal mysterious so-called “witches’ marks” from a cave in the English countryside in an ambitious 3D project.

The unusual marks were discovered earlier this year hidden in a cave in Creswell Crags, a limestone gorge on the border of the English counties of Nottinghamshire and Derbyshire. The witches’ marks, also known as apotropaic marks, are ritual protection symbols carved to protect against witchcraft.

The Creswell Crags Museum and Heritage Centre have teamed up with the U.K.’s Sheffield Hallam University to produce a 3D animated representation of the cave containing the witches’ marks. 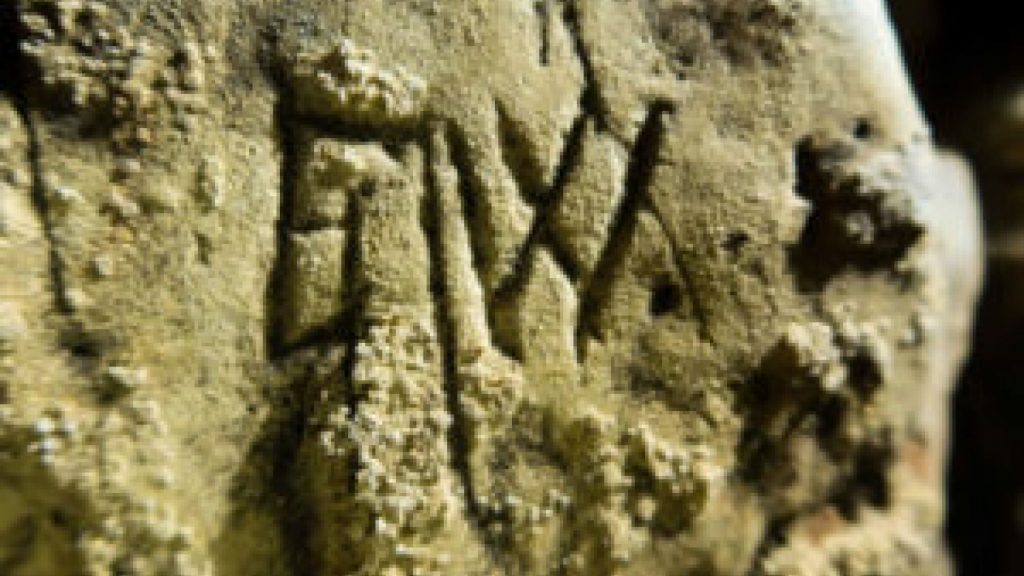 “It is thought to be the largest collection of these marks within the U.K. but they are largely found in a cavern which is unsafe for the public to enter,” explained Sheffield Hallam University in a statement.

Experts used LiDAR (Light Detection and Ranging) laser technology and animation to create a 3D representation of the cave. A video preview of the scanning results has been posted to Vimeo.

“The witch mark cave has given me an excellent opportunity to utilize these technologies to create this interactive 3D copy of the cave,” said Jeremy Lee, principal lecturer in Sheffield Hallam University’s Department of Media Arts and Communications, in the statement. “This will render the caves accessible to a broad and distanced audience, whilst enabling a detailed viewing and analysis of the marks inside.”

“We may never know what the makers of these marks were seeking protection from or the fear they experienced but the marks are extremely numerous and the concentration in this chamber suggests that this was a significant place,” said Paul Baker, the director of Creswell Crags, in a statement.

In 2016, Historic England, a government-sponsored organization that aims to preserve the country’s historic buildings and monuments, asked members of the public in England to hunt for “witches’ marks.”

The marks have been found in buildings such as medieval churches, houses, barns and even the Tower of London, according to Historic England.

The most common type of apotropaic mark is the daisy wheel, or hexafoil, which is often a six-petal “flower” drawn with a pair of compasses. “Daisy wheels comprise a single, endless line which supposedly confused and entrapped evil spirits,” explained the organization.

The cave is thought to be the largest collection of “witches’ marks” in the U.K.  (Creswell Crags Museum and Heritage Centre)

Other common apotropaic marks are pentangles, or five-pointed stars, the letters AM (for Ave Maria), the letter M (for Mary) and VV (for Virgin of Virgins). The letters were thought to beseech the protection of the Virgin Mary, say historians.

Apotropaic marks have been found in medieval houses dating from about 1550 to 1750. They have, for example, been recorded at Shakespeare’s birthplace in Stratford-upon-Avon, as well as in medieval barns, where they were etched into the ancient timber to protect crops.

In 2015, a large number of apotropaic marks were discovered at the 16th-century Queen’s House in the Tower of London.