History remembers Agnes Waterhouse as one of the most influential witches of the Tudor period. Although the Inquisition in Europe started their trails and executions much earlier, Agnes was the first woman to be put to death for witchcraft in England – in 1566.

In 1542, Henry VIII passed an act against witchcraft. It was already considered a problem in the 15th century, but King Henry opened the doors for trials on a larger scale. Some believed that he did it due to his belief that Anne Boleyn (beheaded in 1536) was a witch who manipulated him by her spells.

When the law condemning witchcraft came into effect, Agnes was in her 40s. She may have been born in 1503, although her early life wasn’t well documented. She lived in Hatfield Peverel, Essex, England. To local people, she was known as Mother Waterhouse. This nickname suggests her position in society – perhaps as a single woman, who was generally seen as compassionate and helpful. She may have been a healer and wise woman. Her life was calm and normal until 1566, when she was accused of witchcraft along with two other women – Elizabeth Francis and Joan Waterhouse (Agnes’ daughter.)

The trial against Agnes took place in Chelmsford, Essex. She was accused of using witchcraft to cause disease and the death of William Fynne, a neighbor. During the 16th century in England people were both fascinated and terrified with witchcraft. On the one hand, since Henry VIII became the head of the Anglican Church, the Catholic inquisition had no power in England. However, witchcraft was still disallowed and sternly punished.

The first recorded pre-trial for witchcraft took place in 1441. In that trial, the Duchess of Gloucester, Eleanor Cobham, stood accused of employing a magician named Roger Bolingbroke and a wise-woman named Margery Jourdemayne to kill Henry VI by sorcery. They were both found guilty – largely to warn others against such practices. 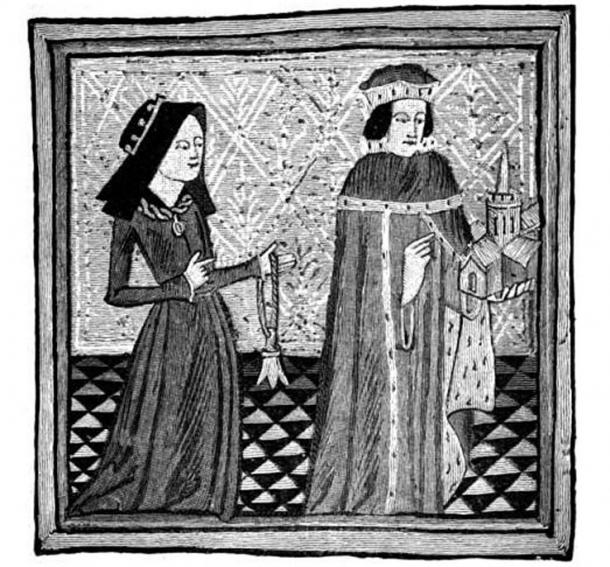 Roger was convicted of high treason and hanged, drawn, and quartered. Margery was burned at Smithfield as either a heretic or a female traitor. After the last confession of Eleanor Cobham, saying she had hired the magicians not to kill the king, but to use their magic to enable her to have a child with the Duke of Gloucester, she was imprisoned for life. In this case, the ‘magicians’ were not sentenced to death because of witchcraft per se, but because of charges that they wanted to assassinate the king and make the Duke childless. Until 1566, nobody had been sentenced to death based on an accusation of witchcraft.

A Cat That Ruled Two Women

Apart from killing William Fynne, Agnes was charged with using sorcery to kill livestock, cause illness, and bring about the death of her husband. Originally her daughter, Joan, was also accused but she was found not guilty in the end. It was believed that Elizabeth was Agnes’ sister and together they were practicing magic.

During the trial, Elizabeth Francis confessed to possessing a familiar, a white spotted cat named Satan (or Sathan). She received the cat from her grandmother who supposedly taught her witchcraft when she was 12 years old. The cat apparently spoke to her with a hollow voice and he would do anything she pleased if he received a drop of blood. The cat instructed her on preparing potions and was said to have known a lot about herbs. When the cat killed her 6-month old baby, Elizabeth was unhappy, but she believed that the cat had a reason for the act. She later gave the cat to Agnes Waterhouse, to make him serve her too. In exchange, she reportedly received a cake. 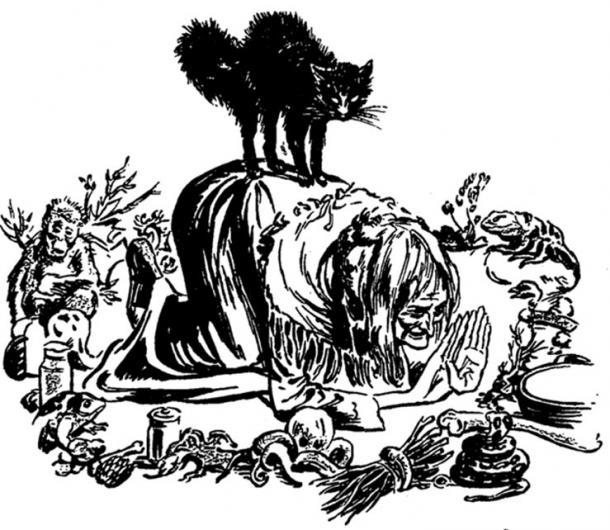 Illustration of a witch and her cat. Internal Illustration from the pulp magazine Weird Tales (September 1941, vol. 36, no. 1). ( Public Domain )

Agnes Waterhouse confessed that the cat killed one of her pigs to prove its power to her. The cat was said to be teaching her witchcraft too. However, due to the problems the cat caused her, she said she kept it in a pot lined with wool and had turned it into a toad.

The youngest of the accused, 18-year-old Joan Waterhouse said that she was curious about the cat and wanted to see it while her mother was away. She also played with it when it became a toad, but she claimed that she didn’t use the animal to learn anything from it or practice witchcraft. She treated it as a pet and had used it to play a joke on a neighbor, Agnes Brown. The girl was 12 years old, and she described seeing a demon. According to her, it was a black dog with the face of an ape, a short tail, and horns. The girl didn’t see the toad or a cat, but something much scarier. For the judges, this story said that Joan’s mother had put a spell on and wanted to hurt the young Brown girl. 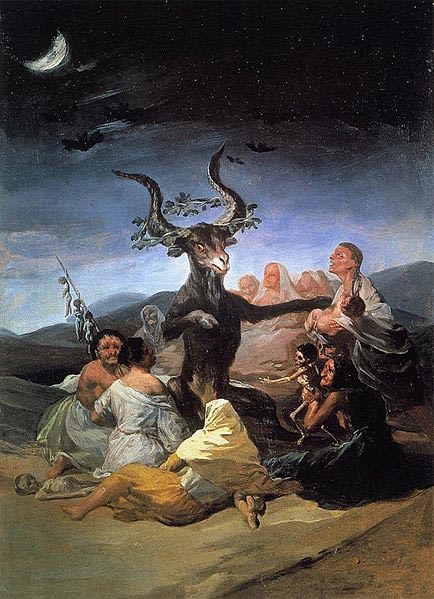 The Legacy of a So-Called Witch

On July 29, 1566, Agnes Waterhouse was executed. According to historical resources, she asked for forgiveness from God. She said she sent the cat to hurt another of her neighbors, Wardol, and damage his goods. This time her victim allegedly had strong faith, and for that reason, it was believed she didn’t succeed.

Agnes Waterhouse was accused of bewitching to death William Fynne and was hanged at Chelmsford in England on 29 July 1566. ( Public Domain )

The last trial for witchcraft in England was in 1712. Despite the trials and their horrific effects, witches and witchcraft have continued to be popular themes in England. Since ancient times, there have been large groups of people who felt connected with this practice. It is unknown if Agnes thought she was a “real” witch, or if she was just an innocent woman who was manipulated by the judges.

Later on, Agnes became a cultural icon. She has been an inspiration for artists, writers, and directors. As a character, Agnes has appeared in a number of books, movies, and TV shows including ”Midsomer Murders”.

Agnes Waterhouse became an icon against an unfair act which touched all of Europe. Among the women punished for the practice of witchcraft, she appears as one of the most fascinating. There are many folk stories about Agnes and Elizabeth, but most of them were created many decades after their deaths.