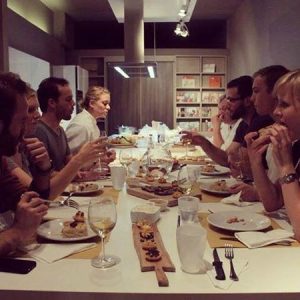 Today, the phrase “breaking bread” can refer to physically tearing open bread to share but it can also refer to just sharing a meal, or even more esoterically sharing assets of some kind (food, money, commodities, etc.).  When we break bread together, it’s an affirmation of trust, confidence, and comfort with the people we choose to eat with.  There is a friendliness and informality inherent in the act of sharing “the loaf.”

Our current meanings for this phrase aren’t all that far off the more historic meaning, but there is more to it than eating.  As Lammas rolls around, many modern Pagans celebrate the harvest of the grain crops.  For our ancestors, this was a time of great celebration because it meant that families would be able to bake and store bread for the winter.  Having a successful harvest meant the difference between life and death for many ancient peoples, and these celebrations became ingrained (yes, I intended the pun and I’m not sorry for it!  Lol) in the seasonal rituals.

The cultivation of grain is one of the cornerstones of early civilizations around the globe, so it’s no wonder that it has held a place of importance.  One of the most important associations grain brought to man is the cycle of death and rebirth.  There are myths from all around the world repeating this cycle.  Look at Attis and Cybele, Quetzalcoatl, Krishna, Tammuz and Ishtar, Lemminkainen, Ganesha, Odin, Osiris and Isis, Persephone, and Dionysus for a global sampling. 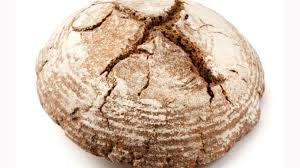 There are some traditions that have survived the myths of old:

Whether you’re celebrating Lammas or just seeking to share trust and comfort with the people you care about, think about the symbolism of breaking bread.  Bread is an important part of our genetic memory, and whether those you feed are aware of the importance of this simple act, you are, which means you’re infusing the meal with the gratitude and love that people have shown one another since that very first loaf was broken!

Bright Lammas blessings to you and yours!