Have you ever read through the ingredient lists of old spells?  Eye of newt?  Cat’s paw?  Blood?  Really?  I’m thinking that if Witches were fond of using cat’s paws, there wouldn’t be so many cat familiars!  No wonder so many people have misconceptions about what we, as Witches, are all about!  So, what’s the story behind these crazy ingredients?

I think there are two issues at work here.  The first is that these are ancient names that have either been poorly translated or misunderstood because people thought they were literal.  How many dragons were literally available at any point in history so that powdered dragon claw could be a thing?  These names were a type of code to protect their recipes.  Add to that idea that Witches tend to have really wicked senses of humor.  What better way build a little mystery and keep the villagers from making these potions themselves?  “Honey, go catch a bear because Mama needs its paw for a potion?”  I don’t think so!

Here is a brief, and by no means inclusive, list of some of those ingredients and their true names:

Blood: Elder sap (the tree, not the oldest, petrified person you know!)

Crow’s Foot: Cranesbill (an herb, again not a bird part)

Our ancestors definitely had some unusual names for their ingredients, but I can certainly understand why.  If a Witch Hunter was searching for cabinets full of Bull’s Eyes and Dove’s feet and all they found were marigolds and wild geraniums, well you can see the advantage in that!  The wild ingredient names also kept dabblers from truly harming themselves and others!  Doesn’t this make you proud to be a Witch?  I know I am! 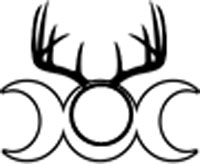