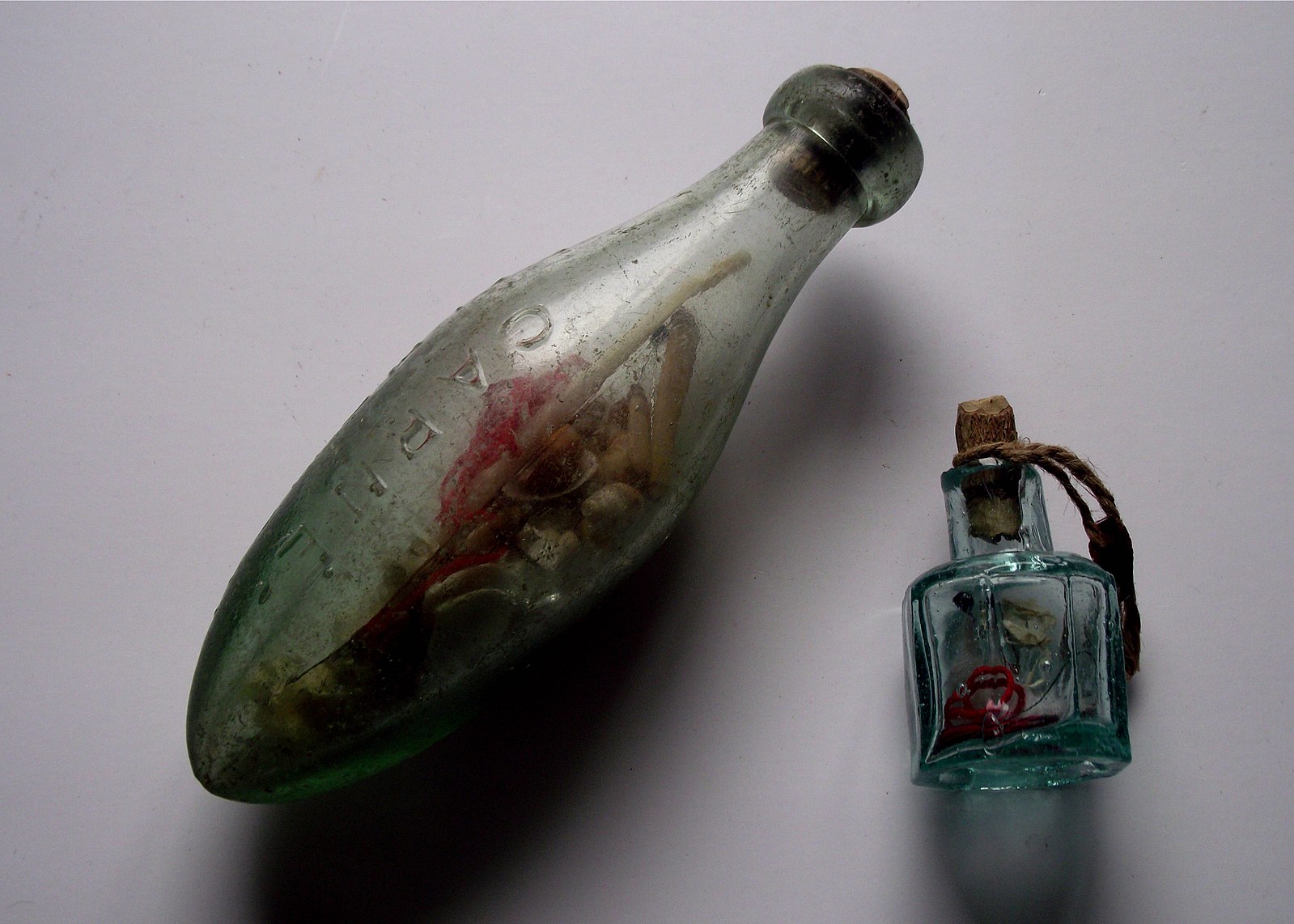 In Watford, England, construction workers doing demolition at a former pub and inn found a weird bottle inside the chimney. Containing human teeth, fish hooks, glass shards, and liquid, the container was apparently a 19th-century “witch bottle” meant to protect against evil spells.

The newly discovered bottle is one of more than 100 recovered from old buildings, churchyards and riverbanks across Great Britain to date. Most specimens trace their origins to the 1600s, when continental Europe was in the grips of a major witch panic. Common contents found in witch bottles include pins, nails, thorns, urine, fingernail clippings and hair.

According to BBC News, the Watford property—now a private residence but formerly known as the Star and Garter inn—is best known as the birthplace of Angeline Tubbs, a woman later nicknamed the Witch of Saratoga…

The home’s current owner does not plan on displaying the bottle. Instead, the anonymous individual says they “will probably hide it away again for someone to find in another 100 years or so.” So, how exactly did witch bottles work? Per JSTOR Daily’s Allison C. Meier, practitioners filled the vessels with an assortment of items, but most commonly urine and bent pins. The urine was believed to lure witches traveling through a supernatural “otherworld” into the bottle, where they would then be trapped on the pins’ sharp points. Would-be witchcraft victims often embedded the protective bottles under hearths or near chimneys; as anthropologist Christopher C. Fennell explained in a 2000 study, people at the time thought witches “gained access to homes through deviant paths such as the chimney stack.”