If you had to go through a round of applications, interviews and other assessments to get your job, it turns out there was a quicker way all along. Just cast a spell and let your employer come to you. At least, that’s apparently what worked for Louise Herron, 24, from Newcastle-Upon-Tyne, who is a self-proclaimed witch.

She says she conquered the northeastern job market using sorcery. ‘I was looking for work recently and struggling to find a job, so I cast a spell by burning a green candle, symbolic of prosperity, doused in frankincense, signifying wealth,’ Louise said. ‘The very next day, I got a message on the jobseekers’ site LinkedIn from someone offering me the job I have now working in a clothing shop. She says spells can be helpful. 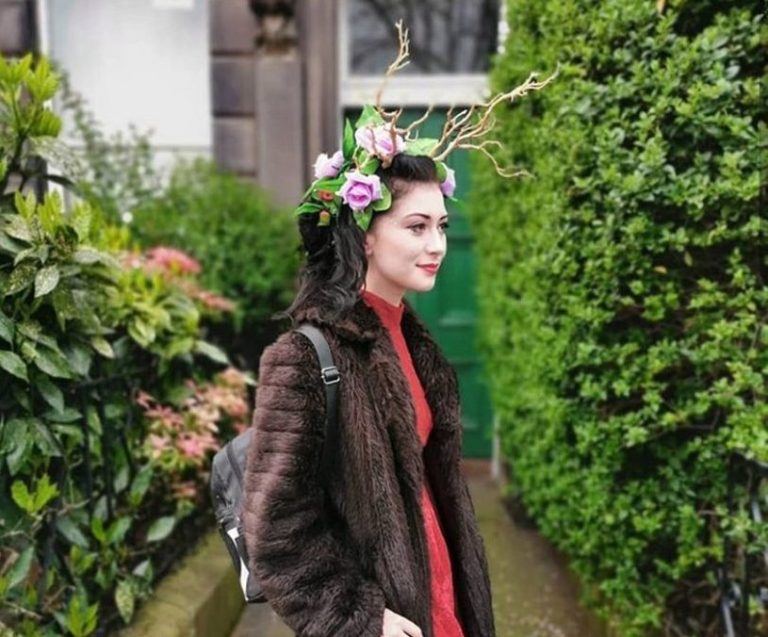 ‘So, I find spells very helpful sometimes.’ She uses a wand and a cauldron to perform spells, and doesn’t just do them to advance her career. Louise claims her magical powers also helped a friend to get over a relationship ending.

She said: ‘I recently helped my friend, who’d been heartbroken when she split with her boyfriend, by casting a spell during the new moon. ‘I used my wand to begin the spell and lit a yellow candle – which I had made in my cauldron from wax and sandalwood – that signifies happiness. 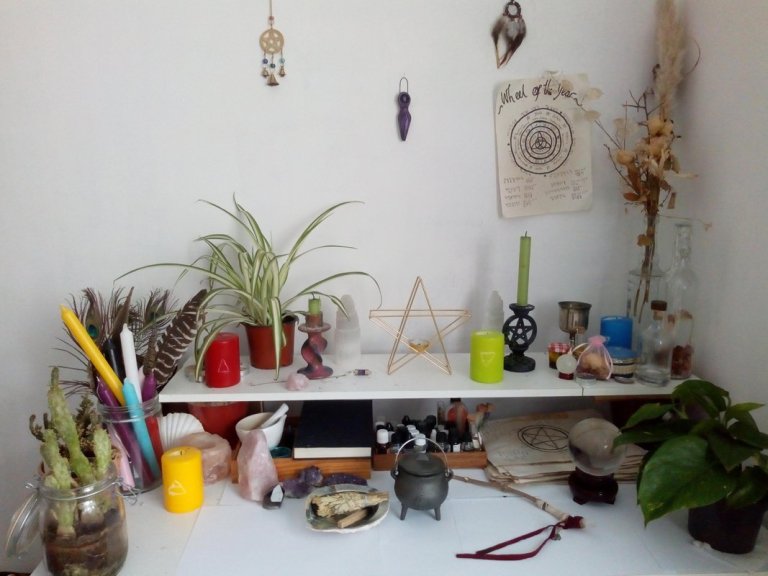 ‘Then I took a photo of my friend and her ex-boyfriend and cut it in half, placing the half with her in it next to the candle. ‘About a week later she was going out with someone else.’ Louise says she only uses witchcraft as a force for good, and is a practicing pagan.

She said: ‘Lots of people when the hear the word ‘witch’ think of devil worship, which is very far from the truth as the devil is a Christian concept. ‘I became a witch because I feel a close link to nature and paganism is a religion which stresses the importance of the natural world. ‘But the misconception of witches being old women with black hats and boils on their noses is still very prevalent, and that’s something I want to push back against.’ Louise uses her cauldron for spells. 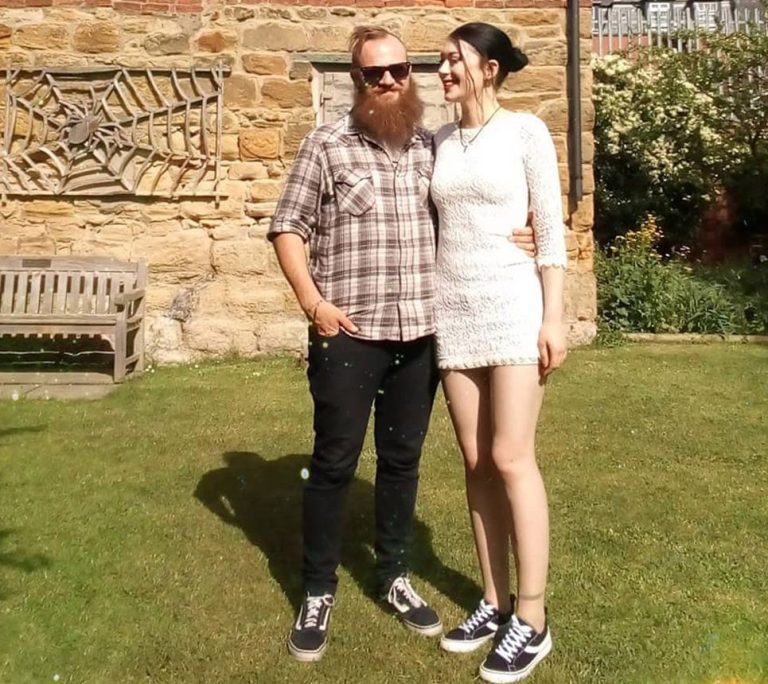 Her boyfriend Ben Knibbs, 24, a bartender, is not a pagan but supports her beliefs. Despite being raised as a Christian, she soon began taking a strong interest in other religions, first delving into Buddhist texts before discovering paganism at the age of 14.

Louise began actively practicing when she reached the sixth form, building an altar in her bedroom, complete with a cauldron, wand, candles, tarot cards and a book of shadows, which she writes her spells in.

The table is the centerpiece for her daily ‘gratitude chants’, during which she gives thanks for what she has in life. She also uses it for more significant rituals observed on the equinoxes and solstices, when she might perform a spell or divination using tarot cards. 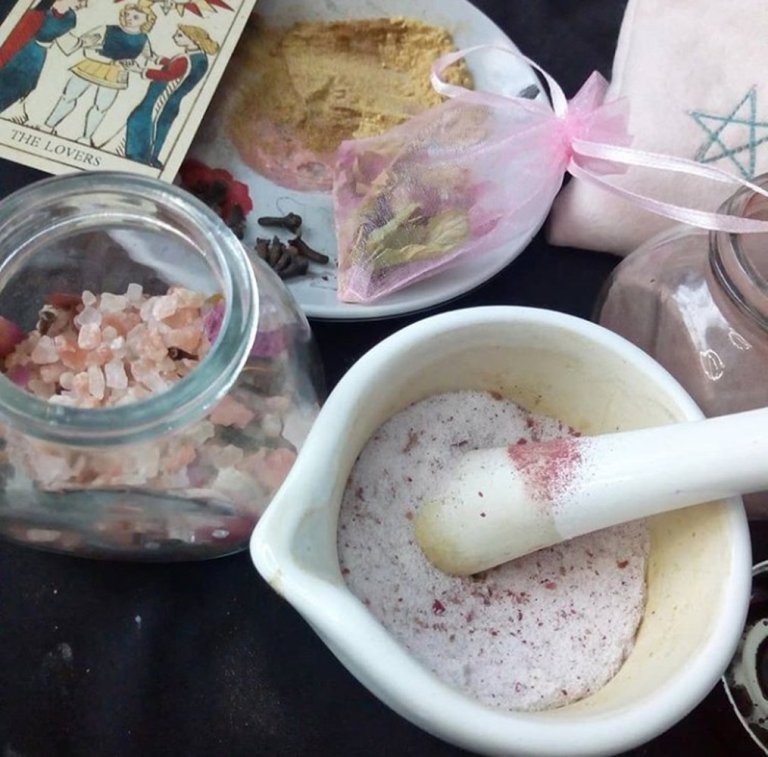 ‘Divination is used to seek knowledge of the future and to advise us on certain action to take,’ said Louise. Now an openly practicing witch for seven years, Louise occasionally attends pagan festivals, such as a May Day gathering in Edinburgh last month, but mainly prefers working alone and not in a coven of like-minded witches.

Cancel reply
10+ Witchcraft Symbols You Should Know And Never Ignore
Witches and wicca: Tasmania’s pagan community is one of the largest in Australia