You might have noticed that Ursula, the antagonist in Disney’s  The Little Mermaid  (1989), was a sea witch disguised as a half-human, half-octopus mythological hybrid creature . And, the antagonist of the sequel movie  The Little Mermaid II: Return to the Sea , Morgana, was also a sea witch. Closer to reality, but still far from it, sea witches regularly appeared in ancient Norse mythological systems as sinister spell workers who maintained magical bonds with the sea, the weather and many other aspects of seafaring coastal life.

Within Norse myths sea witches were most often portrayed as magical, malevolent spirits who took the form of mermaids and selkies. They were always female and their perceived magical influence over the sea and tides was believed to have come from their worship, and sacred bond with, the moon. Lunar goddesses all over the world were worshiped in triple aspects: virgin, mother and crone, representing the three phases of the monthly lunar cycle: waxing, full and waning. Sea witches were believed to twist their lunar sorcery into magic strings and ropes, most often with three knots, which were sold to superstitious mariners to help them control the elements.

All over the world the knot served as containers for magic and as one was tied, the witches intention or spell was ‘bound to the cord’. For example, in Norwegian traditions knot magic was used in healing spells to bind pain or inflammation temporarily, offering relief to the patient while being moved or fed. In the famous story of the Gordian Knot , Alexander the Great untied (or cut) the “untie-able knot” releasing its King-making power and the Knot of Heracles (the reef knot) was said to have “great healing powers” and bandages on wounds tied with this knot were believed to heal faster.

The perceived magical mechanics of sea witches’ knots differed from place to place, but everywhere, the knots were believed to contain the energy to generate and deplete different types of wind. The first knot might release a gentle southeasterly wind, while pulling the third knot might unleash a hurricane. This practice was highlighted in 1617, at the Vardø witch trial in Finnmark, Northern Norway, when the sea witch Else Knutsdatter confessed that ‘witches tied fishing ropes three times, spat at it and untied it,” after which the sea “rose like ashes and people were killed.”

Other Myths of Magical Wind Control

The mythological tradition of ‘tying the wind’ can also be found in ancient Greek myths, for example, when Odysseus received a bag of wind from Aeolus to help him on his journey. The nymph Calypso was portrayed in  The Odyssey  as a sea witch and was able to lure Odysseus’ ship to her island, while repelling all other ships, and she used her powers to keep the weather perfect around her island to “seduce Odysseus into staying.” In medieval legends Sir Francis Drake “sold his soul to the Devil” in order to become a skilled admiral and he was assisted by sea witches, who in 1588, near Devil’s point overlooking Davonport in England, raised a storm that defeated the Spanish Armada. Thousands of years of oceanic mariners freely interacting with sea witches came to a blood thirsty end at the beginning of the 17th century when the witch trials swept across Europe. 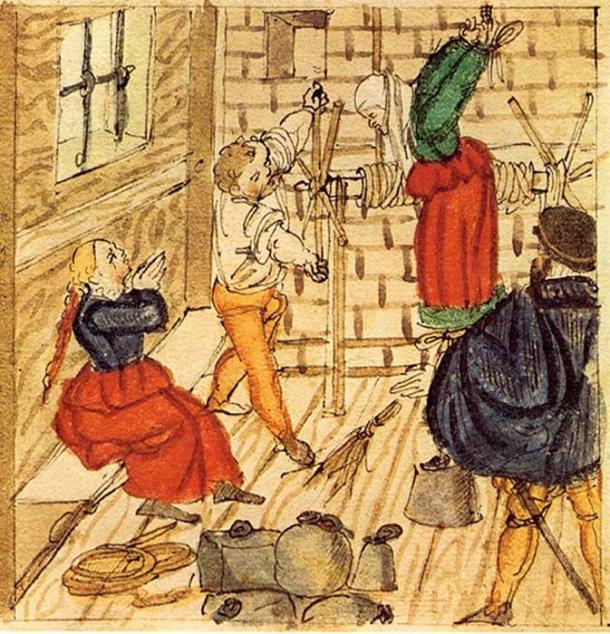 In 1617, the new Law of Sorcery and Witchcraft for the Union of ‘Denmark-Norway’ was issued and announced in Finnmark in 1620. Church authorities were keen to implement and test their new laws and only two months later they found the perfect chance. Early in 1621, a terrible storm raised and the “sea and sky became one” drowning forty men. A few months later in Northern Norway the Vardø witch trial ( Heksejakten i Vard ø) unfolded which was the first and most extensive in Scandinavian history. At the Vardø witch trial, a woman, Mari Jørgensdatte from Kiberg, was interrogated under torture and claimed that Satan had bit her “between the fingers of her left hand.” She confessed to having “flown to Satan’s Christmas party at the Lydhorn mountain,” and that she, and her team of sea witches, were responsible for the great storm of 1617.  She said the sea had been raised because they “had sexual intercourse with devils and demons” while their men were at sea. Another sea witch from Vadsø, Anne Larsdatter, confessed that the Devil had “tied the tongues of witches” so they “could neither cry or confess until they were exposed to the ordeal of water.” She also confessed to having flown to a black sabbath and had partied so hard that she “barely had time to get home to her bed before it was time to get up for church on Christmas morning.” 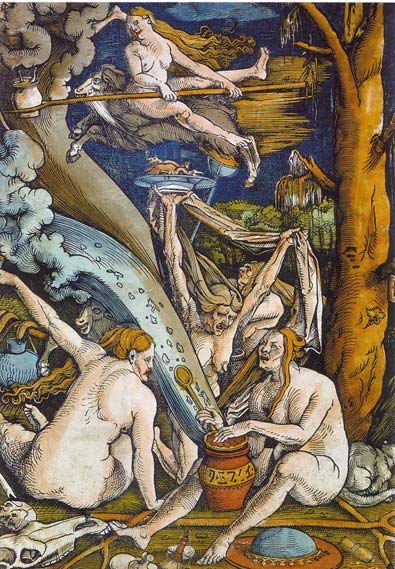 During the 17th century, Northern Norway held many witch trials but more often than not the officials were not Norwegians, but Scottish, German and Danish men who had experience of rooting out the devil from communities. A widespread prejudice existed across Europe in ecclesiastical circles, who held that “evil came from northern winds,” from Nordkalotten, the home of the Sami people who had a reputation for sorcery. The Sami people, or Laplanders, are the only indigenous people in Scandinavia protected under the international conventions of indigenous peoples.

The church systematically debased Scandinavian women along the coast and accused them of a range of obscure crimes. Being alone while their husbands were out fishing, they were accused of having committed “adultery with demons” and about 150 people were executed for sorcery in Northern Norway between 1621 and 1663. Of these murders, ALL the men were Sami, proving the witchcraft trials were little to do with magic and a key part in implementing social terror in a genocidal play against the indigenous, non-Christian people of Norway. 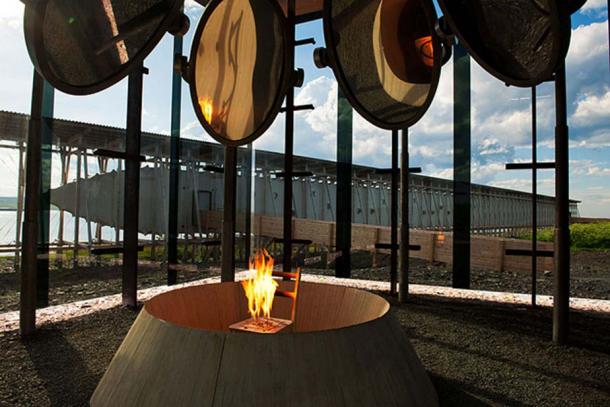 Installation by Bourgeois at Vardø, Steilneset. ( CC BY 2.0 )

As part of the modern trend among democratic governments to apologize for slavery, genocide, and other abominations against indigenous people, on June 23, 2011 Norway’s Queen Sonja opened the Steilneset Memorial to the Victims of the Vardø Witch Trials.