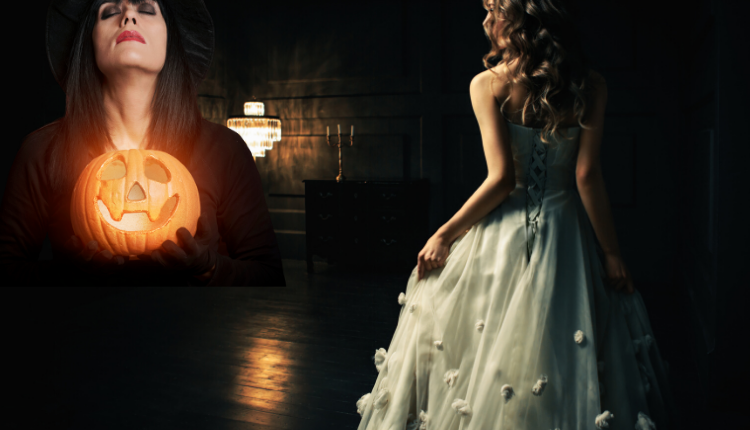 Forget a princess, today girls want to be witches

Once upon a time, books and cartoons told little girls that princesses lived a perfect life. A princess was pretty, wealthy, talented, and would fall in love with and marry a brave prince who would rescue her from an evil stepmother or a fierce dragon. She would live happily ever after in his castle, busy having babies while her prince would rule the kingdom and protect her. Any girl would wish for this life, right?

Well, no, because what a woman really wants to be is a witch.

The figure of the witch used to be portrayed as a hag, an old, stooped lady with a hooked nose who was jealous of the princess and tried to kill her. Successive waves in modern literature, music, fashion, television, and films contributed to creating a more positive image of the witch in popular culture, especially in the 1990s and 2000s. She became younger, stronger, sexier—and a hero. She became fashionable. In more recent years, the #witchesofinstagram also put a spell on social media with nearly 2 million photos shared using this hashtag.

Now if we step away from fiction — and yes, this includes Instagram — real-life witches can be a source of inspiration beyond their aesthetics.

Unlike a princess, a witch chooses her path and works and studies hard to achieve her goals.

“A witch is a woman who will not conform and who proclaims herself as feminist. It’s an identity that has free rein with rebellion, with self-creation,” explains Christina Oakley Harrington, high priestess and owner of an occult bookshop in central London.

Unlike a princess, a witch chooses her path and works and studies hard to achieve her goals. She is a woman empowered by her knowledge of different sciences: herbalism, divination, astrology, spells, etc. She’s a seeker; she is looking for answers and wants to explore her abilities.

“I think in the modern age, driven by social media, it’s a period where the older monotheistic traditions are sort of starting to fade away. There’s no one truth. There are a million truths on Google. News is not news anymore. News can be half news, it can be fake news, it can be a thing you absolutely believe in,” says high priestess Caroline Robertson.

The older a witch gets, the more knowledgeable, powerful, and respected she is. While magazine covers and ads show young women, and companies try to sell products to make us look younger, witches celebrate all women—the maiden, the mother, and the crone. But the eldest members of their community tend to have a special status.

Witches don’t need a prince to rescue them; the power of their spells and magic will do. And, when needed, they can also rely on their sisters. Many witches decide to gather in covens, which are like a second family, a circle of trust that creates not only powerful magic but also a strong community. Others decide not to join a coven but will meet up with other witches socially, engage on forums, or attend workshops.

Despite being a mysterious religion, witchcraft welcomes everybody regardless of race, gender, or sexual orientation. Commitment is the only thing required.

The feminism and rituals of witchcraft have also helped some women make peace with their bodies. Only 44 percent of British women thought they were beautiful according to a survey published by Women’s Health this summer. “I needed a really body positive form of expression. I had suffered from eating disorders throughout my young teen life… I found feminism, old-school feminism, at the same time as finding witchcraft,” explains Hannah Sanders, a witch and author of a book about teenage witchcraft.

Each woman is a representation of the goddess, and her body is magic whatever its shape. “They’re empowering themselves and trying to get out of the ‘you’re too thin,’ ‘you’re too fat,’ ‘your lips aren’t the same shape,’ ‘your bum is too big,’ ‘your tits are too big or not big enough,’” says high priestess Delianne Forget. She describes rituals where women, no matter their size, look fabulous and confident and “show the real beauty and power of womanhood.”

The figure of the witch appeals to the LGBTQIA community and people from different cultural backgrounds. “Witchcraft is empowering. The witch is a great, potent and versatile figure, she can be used to fight patriarchy, fight Trump or fight all of these misogynist forces in contemporary society. Women, queer people, and a lot of minorities find it really useful. The witch is an amazing figure. She can be a protagonist for a lot of people and is very inclusive,” says Elisabeth Krohn, founder of Sabat magazine. Despite being a mysterious religion, witchcraft welcomes everybody regardless of race, gender, or sexual orientation. Commitment is the only thing required to undertake this journey.

While a princess is typically born into privilege, a witch undergoes different challenges and proves herself in order to shape her life. She lives simply, drawing power from nature. “A witch is deeply interested in nature, in Earth, in the health of the Earth. And the magic that we use comes from nature, from the ground, from the air, from the trees, from the animals, from the birds,” explains Delianne Forget. The witch is an environmentalist, and her ancient rituals and understanding of nature resonate with modern women who are concerned about the environment. “In Wicca, there are guidelines. The guidelines might be live simply, in tune with nature, follow your destiny, follow your true will, and don’t harm anybody,” says Caroline Robertson.

What defines a witch the most is probably her determination to follow her own will—a trait that can make her a target because she challenges the status quo and triggers the insecurities of some men. “Witches were stoned; witches were hanged; they were prosecuted; they were on the edge of society. So to say ‘I’m a witch’ is to say ‘I have the courage to stand on the edge,’” Christina Oakley Harrington explains.

What a witch is really looking for perhaps is harmony—within herself and her surroundings. There are several paths to achieving this, so there’s not just one witch. There are as many witches as there are women, all with different strengths and goals. If some little girls still want to be princesses, that’s fine. The hope, though, is that they still feel magical.