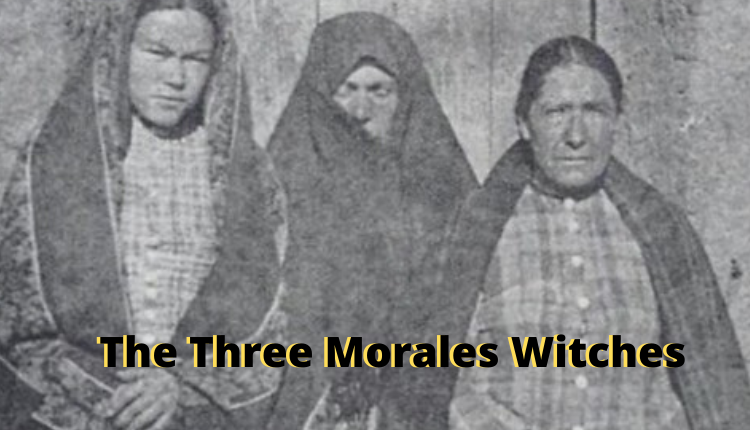 Three women were known as the Morales Witches living in San Rafael, New Mexico had a large impact on their community.

The women—two sisters, Antonia and Placida morales, and Placida’s 17-year-old daughter, Villa—were so feared that they were never punished for any of their alleged witchcraft deeds.

Placida was said to have transformed a young man Francisco Ansures of Cerros Cuates into a woman by giving him a cup of bewitched coffee in retaliation for some offense. After drinking it, Ansures said his hair immediately grew two feet and his trousers turned into petticoats.

His voice changed in pitch. Ansures remained a woman for several months before he and his wife could afford to pay another witch to lift the Curse and return him to normal. He said he never did know how he offended Placida.

In 1885, historian and photographer Charles Lummis had the rare opportunity to photograph the three witches standing on the threshold of their adobe hut.

People who knew the witches believed that even looking at the photograph would bring bad luck. The morales women fared better than another New Mexico witch Marcelina, an old woman who lived in San Mateo.

In 1887, Marcelina was stoned to death for turning a man into a woman and making another man lame.