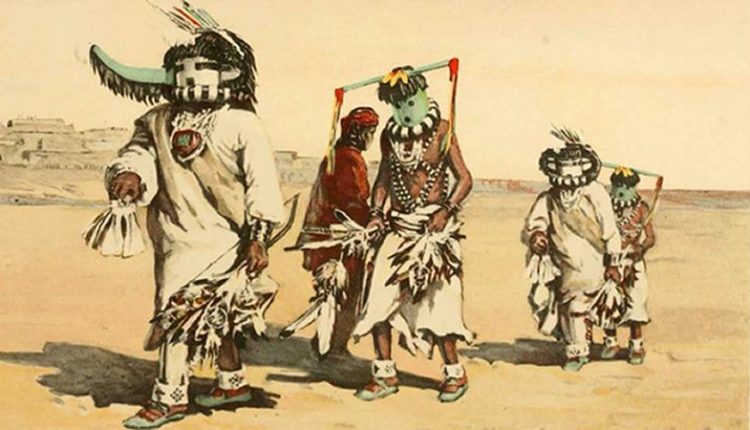 Like many other indigenous tribes of the United States, the Zuni believed in magic and witchcraft. For the Zuni, the belief in witchcraft goes back to their earliest times, included in Zuni creation myths. According to oral tradition, a pair of witches came up from the underworld bringing the people two gifts: death, to keep the world from becoming overcrowded, and corn, to feed the people.

Magical powers were not always differentiated as good or evil, with the people using their magical skills for a number of purposes. In fact, the concept of a witch was tied to the concepts of life and human origin, with the people believing that witches existed alongside humans, and not apart from other living beings. Thus, they were not supernatural. The Tewa believed that witches accompany people daily and are defined as those “of a different breath.” However, they had a different physical and spiritual existence, not like “common” humans. Rather, they had to live on the unexpired lives of their victims, by capturing or indoctrinating their souls. Further, they had to continually kill or perish themselves.

Because of this requirement to continually kill, witchcraft was blamed for any disaster of magnitude, like droughts, epidemic diseases, or a flood. Further, any disharmony among the people or infractions of proper behavior was also equated with witchcraft. At one point, witchcraft among the Zuni was the only recognized crime.

The Council of High Priests decided who the witches were and the Bow Priests were tasked for their executions. Because the council was supposed to be removed from any type of violence, the Bow Priests, who were associated with war, enforced their decisions. The Bow Priests were also responsible for examining the accused and reviewing the evidence. If the accused was found guilty, he was hung by the wrists and tortured until he confessed. If the accused revealed the source of his/her power, he might be released or, at least, saved from execution. 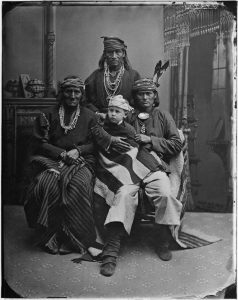 Though the Spanish, when they ruled the Southwest, tried to change the culture of the Pueblo tribes, including their belief in witchcraft, they were unsuccessful. After the Pueblo Revolt, the Spanish relaxed their restrictions on the Pueblo culture, and the belief in witchcraft continued. When the United States obtained New Mexico and other areas of the southwest, Indian agents were sent out to monitor the Indians and to once again, attempt to change their culture. Over the years, several reports were made regarding Zuni witchcraft and its punishment.

Reports indicated that in March 1855 Indians of the Nambe Pueblo in New Mexico butchered three men and one woman of their village, in a most horrible manner, for alleged witchcraft. In 1880, an Indian agent reported seeing a man who was tied up by his wrists behind his back and lifted so that his feet could not touch the ground. The Zuni said that he had brought sickness and death to some of the people. The agent reported the incident to his superiors at Santa Fe, New Mexico, who came to the Zuni to hold a council. When questioned, the Indians replied, “We have our government and laws, and what has happened is all right. We do not want you to interfere, but we want you to allow us the same privileges as you white people claim.” And they added, “ If you will tend to your own business we will tend to ours.”

Another report indicated that a Zuni Indian killed a woman of the same pueblo, believing her to be a witch and that she had caused the death of his children. In August 1889, accusations of witchcraft were agitated because of drought. It was said that someone must be keeping away the rain. A poor old man was accused and he was hung up by his wrists tied behind his back. After he confessed, they let him down. After he received more threats, the man left the pueblo and a Mexican, who took pity on him, gave him a home. The drought continued and the witch excitement spread. In October an old woman was hung up in like manner, as a witch, until she confessed. She then implicated her nephew, a boy of 16 years, a common thief. He was hung in the same way; was let down once or twice; was beaten about his head with sticks; was then hung again, remained hanging all night and all day until he died the next night. A dozen Americans saw the hanging. One gentleman tried to cut the boy down, but was forbidden to interfere and told, “none American’s business.”

In an Indian Agent report of 1892, it was recorded: 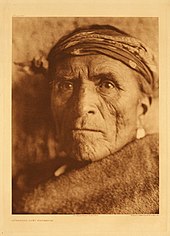 “This evil still goes on. The victims are often those who depart from the old pueblo customs and incline to the ways of civilized life. In the estimation of the ruling Zuni, what we call progress is the most criminal of offenses and must be trodden out by the most summary and vindictive tortures. While this report was waiting for the printer, early in December, two Zuni Indians with whom I talked freely last July were seized and subjected to the witch torture methods. They were probably the most progressive of any people in the pueblo. Seized, violently seized, they were strung up by their wrists, beaten with war clubs, and kept hanging all night, all the next day, and until 10 o’clock the second night. They were let down occasionally for a few moments to induce confession but suffered indescribable torture. To end the suffering, they finally confessed that they were witches; and, were let off when life was almost gone. Some perish in these tortures. I asked an intelligent gentleman, a resident in this pueblo for twelve years, “How often do these witch cases occur?” He replied :

“One nearly every year, either resulting in death or being run off from the pueblo, sometimes followed and killed. Some years more than one. Half a dozen Americans have witnessed some cases. No Zuni Indian has been brought to justice and punished for these outrages; but, now three men are arrested for the late offenses and in jail awaiting trial. They are undoubtedly not the guilty parties. The real offenders, men of influence in managing the affairs of the pueblo, turned over to the authorities these three poor men who were unable to help themselves, and expect thus to clear their own skirts.”

In 1898-99 a smallpox epidemic was blamed for witchcraft and in 1910-11, a measle epidemic was also blamed on sorcery. During the smallpox epidemic, two young men were held responsible. They would have been executed except for an American school teacher who got a detachment of soldiers to protect them. Though the “witches” were saved, some of the soldiers and their horses later died of poisoning.

The U.S. government stopped the Zuni’s public torture and execution of witches, but, some convicted witches were still killed in secret. The last public witch trials of the Zuni were in 1925; however, a belief in witchcraft remained for many years.

From Legends of America