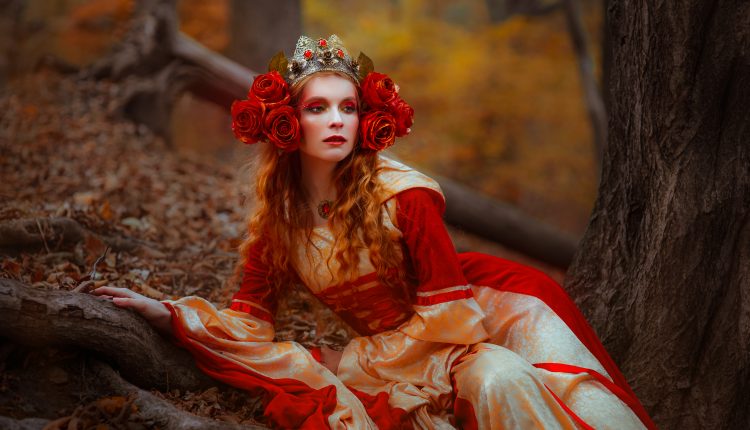 The real history of witches

When you think of a Witch, it’s easy to conjure up an image of an old, ugly, hook-nosed woman, stirring up a steaming potion that is brewing away inside a cauldron. Of course her usual sidekick, the proverbial black cat is probably not far away as you envision the witch clearly in your mind’s eye. Have you ever wondered where this sordid image of a witch actually started? Did such vile beings really ever exist, or is this whole business of a hideous, green-faced, evil sorcerer just one fabricated myth? Here’s a look back at the history of witches and witchcraft.

Thousands of years ago, people were forced to live much more primitive lives than we currently know today.  Without the luxury of modern medicine and treatments, when a person was sick, ill or in pain, there was little that could be done about it.  Becoming ill was much more dangerous in those ancient days, and the ramifications of any sickness were frequently much more serious.  During those early days, there were some sage women that learned the value of healing herbs, and other types of homeopathic treatments.  These women were actually very wise when it came to their knowledge of herbal remedies.  Many people received aid and were helped by the homemade remedies made by these wise women.  These astute women, skilled in the art of natural medicine, also sometimes functioned as midwives and assisted in the delivery of babies, using various plant-based medicines to ease the pain and suffering experienced during childbirth.

Little was understood about healing and medicine in those ancient days, and as Christianity spread across Europe, many clergies from the church felt very upset by the existence of learned women who were healing others with medicine and other remedies.  As far as the church was concerned, all healing should be done strictly through men in the church.  There were many others who felt that if a person was sick or ill that it was God’s punishment for some sin committed and the suffering that came from it was just something that must be dealt with by the afflicted person.  Over time, the healers began to be associated and accused of various things including heresy, being anti-Christian and eventually many were accused of devil worship.

The word Witch actually is derived from the word “Wicca” meaning “Wise One.”  Certainly once considered wise and a knowledgeable resource during trying times, witches were now considered to be something to be absolutely feared and avoided.  The church viewed healing, once helpful to many, now as evil sorcery, pagan worship as well as something akin to black magic.  These supposed witches were accused of very bad things, most specifically that of doing the devil’s evil bidding and being in cahoots with him in some orchestrated plan to destroy mankind. The accusations of witchcraft drove these healers further underground and many lived quiet lives deeply in remote peasant villages.  By the late 1400’s it was not enough to sniff out, find and eventually question the witches about how they were practicing their craft.  Religious sources were planting enough fear as well as hysteria into the minds of the people that it ran rampant through many localities. Those accused of practicing any form of witchcraft were tried quickly and then were executed publicly as punishment, in very hideous and gruesome ways, for all in the village to see.  The Church perpetuated the idea that witches were performing devil worship and black magic rituals.  By killing those who were accused of such practices, it became very easy to scare the general population into conformity and obedience.  It seems that although witches were accused of being evil and devilish, the actual truth may be that powerful religious men didn’t really like the idea of a strong woman having any kind of intelligence or aptitude in the community. The Church leaders were probably somewhat intimidated by these talented gals and it may have been easiest to just eliminate the problem, emphasizing of course, that the church was against black magic and evil, not medicine. 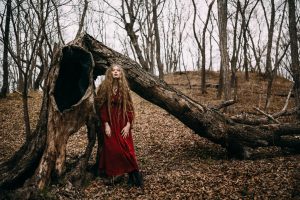 As the years progressed, so did the hysteria and unreasonable behavior that surrounded finding those that were suspected of practicing witchcraft.  Because witches had become so feared and the Church had come down so strongly against anyone or anything associated with witchcraft, the finger-pointing became more and more commonplace and the hysteria in the population reached a full-blown fervor.

The situation soon reached epic proportions when it was no longer necessary for a person to be practicing rudimentary medicine or other such activities to be accused.   It seemed that just about anything out of the ordinary could get you into trouble.  A series of unfortunate events could be blamed on an evil spell or witchcraft.  Events such as illness, stillbirth or miscarriage were often blamed on witches.  If a neighbor became disgruntled at someone, it was easy enough to eliminate that problem by making an appropriate allegation.  It seemed that no one was completely safe from being blamed, but in particular, the more unfortunate your circumstances were, the more likely you were to become a target.

Samuel Parris’ daughter Betty, and his niece, Abigail Williams came down with a mysterious illness late in 1691 that caused them to have strange seizures or fits where their bodies would flail about wildly.  The doctors at that time couldn’t pinpoint what was wrong with the girls largely because of their limited knowledge. These ill-advised doctors decided that since they couldn’t determine what was wrong, the girls must be bewitched.  Having any association or link to witchcraft at this time in history was a really big deal and as soon as it was thought that the girls had some sort of an evil spell upon them, the accusations began to fly.  The unfortunate and most obvious culprits were some of the least able to defend themselves.  A woman named Tibuta, an Indian slave that had worked for the Parris family, was the first person accused by the young girls of casting a spell on them.  A couple of local women were also accused, one who was homeless and very impoverished (Sarah Good) and another who was known to have not attended church in years (Sarah Osborne).  Although eventually all these women were executed for supposedly practicing witchcraft, both of the Sarah’s proclaimed their absolute innocence until the day they died.

During this time of accusations, insinuations as well as extreme hysteria, many women were brought up on charges of witchcraft and were ultimately executed, usually by being burned alive while tied to a stake or by hanging.  The events in Salem led to nearly 200 people being accused of being witches both in Salem and some of the outlying areas.   Many people were eventually hanged for the crime, while several others died while awaiting their trials. By late 1692, the trials were eventually called to an end and any of the remaining of the accused were pardoned and subsequently released from prison, assuming they could pay for the food they had consumed while in prison.  Even though the trials ended, the idea of maintaining religious control over the general population through scare tactics was far from over.

Witches and the practice of witchcraft continued to be feared and the legends and myths surrounding them continued to evolve quite a bit over time.  Because of the ancient festival of Samhain, (a celebration at end the harvest season) there is as great deal of folklore regarding witches that has come down through the ages.  During Samhain, witches were thought to anoint themselves with a balm that made their face very shiny and light.  Perhaps this ointment gave their skin an ethereal appearance, leading to rumors of flying.  Early witches did carry brooms, not for flying of course, but these brooms were used to cleanse an area or room before a healing ritual could be performed in it.  This practice, along with the fact that perhaps a witch was seen out on All Hallows Eve using a broom to aid in hopping a creek or riverbed, could have led to the notion that witches could fly and did so with the aid of a broomstick.  Let’s face it, it didn’t take much in those days to start a vicious rumor nor did it necessarily need to have much truth in it.  Back in those days, it was also widely believed that on Halloween night, spirits of the dead could roam the earth freely, so perhaps it is not such a stretch to think that these same people may have believed that Witches were out flying around in the midnight sky.

There are many superstitions and myths regarding the black cats that are often associated with witches as well.  Many legends told that black cats were spirits of witches recreated in animal form.  Other stories professed that black cats were just helpers of witches and assisted them in carrying out their black magic and were considered their supernatural counterparts.  Of course, most of these stories have little truth to them and mostly consist of mythological legends that have been told and retold by very superstitious people who then passed them on for generations. As far as the original hideous image of witches that we started this tale with—the cackling, old, ugly, hooked-nose lady stirring her cauldron; well, it’s likely that she never really existed except in the vivid imaginations of storytellers.  Witches were often retold as being old and ugly beings because evil was considered to be ugly—thus it made the story that much better to portray the witch in this way.  The cauldron that we associate with witches obviously stems from the large pot that potions and poultices were made in by the early healers to aid both the sick and afflicted.