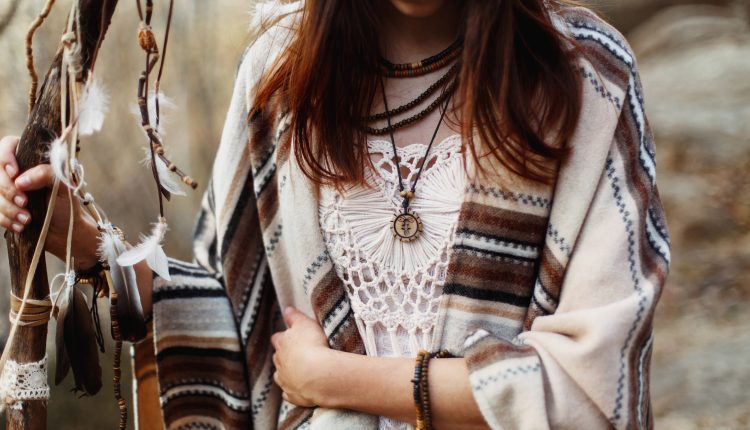 A vision quest is a rite of passage, similar to an initiation, in some Native American cultures. It is a turning point in life taken before puberty to find oneself and the intended spiritual and life direction. When an older child is ready, he or she will go on a personal, spiritual quest alone in the wilderness, often in conjunction with a period of fasting. This usually lasts for a number of days while the child is tuned into the spirit world. Usually, a Guardian animal will come in a vision or dream, and the child’s life direction will appear at some point. The child returns to the tribe, and once the child has grown, will pursue that direction in life. After a vision quest, the child may apprentice an adult in the tribe of the shown direction (Medicine Man, boatmaker, etc).

The vision quest may be a part of shamanism, more exactly, the learning and initiation process of the apprentice for achieving the ability for shamanism, mostly under the guidance of an older shaman.

A vision quest may include long walks in uninhabited, monotonous areas (tundra, inland, mountain); fasting; sleep deprivation; being closed in a small room (e.g. igloo). The technique may be similar to sensory deprivation to a rite of cleansing and purification. One objective is to commune with the other side.

In traditional Lakota culture the Hanblecheyapi (vision quest, literally “crying for a vision”) is one of seven main rites. Vision quest preparations involve a time of fasting, the guidance of a tribal Medicine Man and sometimes ingestion of natural entheogens; this quest is undertaken for the first time in the early teenage years. The quest itself is usually a journey alone into the wilderness seeking personal growth and spiritual guidance from the spirit, sometimes Wakan Tanka. Traditionally, the seeker finds a place that they feel is special, and sits in a 10-foot circle and brings nothing in from society with the exception of water. A normal Vision Quest usually lasts two to four days within this circle, in which time the seeker is forced to look into his soul.

It is said that a strong urge to leave the quest area will come to the seeker and a feeling of insanity may set in. However, the seeker normally overcomes this by reminding him or herself of the overall outcome of the quest, causing the mind to stop wandering on random thoughts. The individual can generally find solace in the fact that he or she will not die in just two to four days.

Some have claimed grand visions on their first Vision Quest while others have not. It is an individual experience and often subject to the emotional, spiritual, and physical make-up of the person.

Native American totems are said to be capable of speaking through all things, including messages or instructions in the form of an animal or bird. Generally, a physical representation of the vision or message such as a feather, fur or rock is collected and placed in the seeker’s medicine bag to ensure the power of the vision will stay with the individual to remind, protect or guide him.

Since the beginning of this cycle of time, humanity has returned to nature to connect with spirit and to seek answers to problems of the physical realms, especially in this timeline when the messages of prophecy reveal themselves to the seeker.

There is something about being alone in the wilderness that brings us closer and more aware of the 4 elements and our connection to a creational source. We go to seek truths and divine realization, just as many of the ancient prophets did in their time.

In its own way, the vision quest is an Initiation not unlike the days of the ancient mystery school teachings where one learns about themselves and the mysteries of the universe are often revealed to them. It is a time of internal transformation and renewal. Who am I? Why am I here? Physical surroundings allow the soul to move into the grid or the collective unconsciousness.

Though the Vision Quest is associated with Native Americans traditions – it is practiced all over the world. As an expression of the archetypical “Heroic Journey,” the vision quest has been enacted in religious pilgrimages, mythological tales (including the story of the search for the Holy Grail), and our own daily pursuit of truth and purpose. Today, there are companies that sponsor these journeys. They provide a wilderness area in which it is to occur, and they give instructions and guidance before and after the event. It might take a day, a week, a month – whatever is necessary to complete the transformation and get the answer one seeks.

– able to camp out for long periods of time

– prepare sleeping equipment – or sleep on the ground.

– bring a spiritual instrument so you can play or chant

– be comfortable with the solitude

– a journal to record your experiences

Now you are ready to go out alone in nature to spend the time seeking greater truths through dreams, meditations or hallucinations. This transformational experience has been sometimes been done with the use of hallucinogens such as peyote, mescaline, and the South American Iawaska plant during sacred initiation rites. These plants were held as sacred teachers from the plant kingdom. The insights during the sacred space allowed the veils between this world and the next to be pulled back and for the individual voyager to transcend himself and this dimension. You may, or may not, understand the messages received. It may take time for you to process affecting dreams, synchronicities and more in your life.