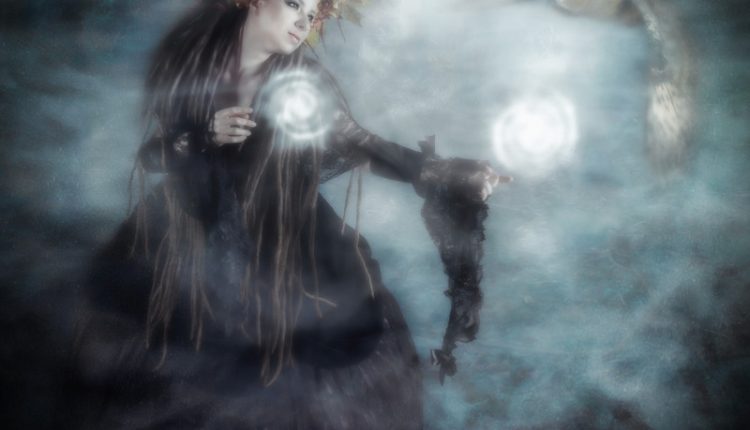 Bridget Bishop, a local woman convicted of witchcraft — though it’s more likely her only crimes were promiscuity (by Puritans’ strict standards) and a tendency to gossip — was escorted to a prominent spot near Salem, Mass. Her hands were bound behind her back, her legs and petticoat tied tight. Her neck was slipped through a loop of rope tied to a tree branch, and she was placed halfway up a ladder.

Then, even as Bishop protested her innocence, the ladder was kicked out from under her. The woman fell, her neck wrenched by the rope. Within a few minutes she was dead.

Bishop was the first of 19 people to be hanged in this spot, more than 300 years ago, during the months of paranoia and pain that were the Salem witch trials. But until recently, no one knew exactly where it was that Bishop and her fellow “witches” had been killed.

It happened, it turns out, on a wooded ledge overlooking town that could have been seen from houses in the village below. A sensible spot for a public execution, allowing everyone in town to witness “an example of what happens to people who break the law,” researcher Emerson “Tad” Baker told the Boston Globe.

These days, the site of so much senseless death is dominated by something slightly less ominous than a gallows.

It overlooks a Walgreens.
“When people come here from other places … they all want to know where it happened,” Kenneth Glover, who gives tours in Salem, told the Globe.

Now he can tell them. If he wants to. The city of Salem, which has spent much of the past three centuries both reveling in and atoning for its grim history, plans to install a plaque at the humble spot, according to the Salem News. Authorities are also seeking funds to clean up the area and ready it for the inevitable tourist traffic.

“This is part of our history,” Mayor Kimberley Driscoll told the Globe. “And this is an
opportunity for us to be honest about what took place.”

Salem’s witch trials started in January of 1692, when the 9-year-old Elizabeth Parris and her 11-year-old cousin Abigail Williams — the daughter and niece of Salem’s minister — began having strange fits. A doctor diagnosed the cause as supernatural, and under pressure from local officials, the girls blamed three local women for their affliction.

The hysteria was contagious, as was the girls’ mysterious illness, apparently. Before long, the “affliction” spread to nearly a dozen girls, and more than 200 people would be accused of witchcraft, according to Smithsonian Magazine.

Bishop was the first to die. According to contemporary accounts, she was carted to a spot called “Gallows Hill” for her hanging, as were 18 other accused “witches.” Giles Corey, the 20th person to be executed for witchcraft, was killed via an archaic punishment called peine forte et dure because he refused to enter a plea — heavy stones were loaded onto his chest until he suffocated.

Although the Salem trials and executions are among the well-recorded events in early American history — more than 1,000 documents survive from the time, Baker told the Salem News — none of the accounts were very specific about where exactly the hangings happened.

Pinpointing the spot where 19 Salem “witches” died turned out to be a near-magical investigative feat. Some believed that the men and women were hanged at the top of a hill in Salem called Gallows Hill — a sensible conclusion, given the name and the fact that witnesses identified the hill as the execution spot. But that hill didn’t quite fit the descriptions from contemporary accounts.

So the seven-member Gallows Hill Project team, which included Baker and other Salem scholars, began combing through the documents looking for alternate proposals. Their best bet was the spot near the Walgreens, known locally as Proctor’s Ledge (John Proctor was one of the “witches” killed there, and the ledge is named for one of his descendants), about a quarter of a mile from Gallows Hill.

That spot had first been identified more than a century earlier by lawyer and historian Sidney Perley.

“He must have read every deed and will in the courthouse,” author Marilynne Roach, a member of the research team, told the Boston Globe. “He’s a very good source.”

The city of Salem acquired that strip of land in 1936 “to be held forever as a public park and called it “Witch Memorial Land,” according to a press release put out by Baker.

But Perley’s research lacked modern technology, Baker told the Salem News, so there was no way to make sure that his guess was correct. The site was never formally marked.

Returning to Perley’s favored spot with ground-penetrating radar and aerial photography, the Gallows Hill Project researchers were able to map out what the ledge would have looked like 300 years ago and match it to contemporary accounts. This time, they were sure they’d found the right place.

The discovery doesn’t change much. There are no artifacts to be found there, no buried remains — the soil was too shallow for burials, Baker told Reuters. Archaeologists couldn’t even hope to uncover the remnants of a gallows, since most historians believe the witches were hanged from trees.

Nevertheless, the victims of Salem’s centuries-old hysteria will have their small plaque. And the academics who found the site of their last breaths will have the satisfaction of a mystery solved.