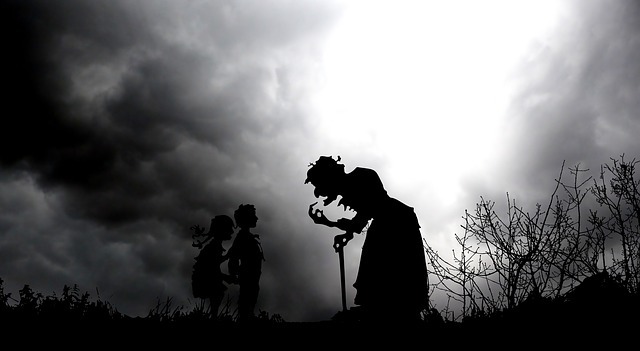 Now, 327 years and 10 generations later, her nine-time great-granddaughter is sharing her story with the LOU Community. Merrill Willis, a retired teacher who spent 25 years at Bramlett Elementary, said she wasn’t looking to find anything out of the ordinary when she decided to complete a DNA test through ancestry.com. However, the details of her heritage were far more extraordinary than she could have ever imagined.

“I started off with my name and my parents’ names, and went back through my genealogy until I got back to the 1700s, and ‘potential parents’ started popping up, and it carried me straight back to her,” Willis said. “I could not believe it.”

Bassett was born in August 1657 in the small Puritan community of Lynn, near Salem, Mass. On Oct. 25, 1675 she married William Bassett, Jr., who was the brother of Elizabeth Bassett Proctor, wife of John Proctor. She was 18 years old at the time.

Both Elizabeth and John Proctor were accused of witchcraft as well, after their hired girl, Mary Warren, accused Elizabeth of administering an ointment to her that she received from “Miss Bassits of Lynn.” When Warren applied the ointment to her finger and then touched a book, she claimed her finger turned black.

The Proctors were tried for witchcraft in August 1692; John was hanged in his wife’s place, as she was pregnant and had other small children at home to care for.

While the Salem Witch Trials are infamous for a multitude of reasons, perhaps the most egregious error is that none of the individuals accused were actually practicing witchcraft.

“None of the women were actually casting spells or anything like that,” Willis said. “It was teenage girls, and it was probably caused from the ergot in the rye bread. It was an extra warm and damp spring, so that fungus was able to grow.”

Rye ergot is a type of fungus blight that forms hallucinogenic drugs in bread, much like LSD. In 1976, a researcher discovered the connection between the Salem Witch Trials and an outbreak of the blight.

All of these symptoms are consistent with reports of the “victims” of Salem witches.

Although she wasn’t hanged, Bassett was subjected to cruel treatment. Following her trial, she was transported — along with her nursing 22-month-old child — to a jail in Boston. There, she was imprisoned in the basement from May to December of 1692.

“They put her in the basement of the jail, with standing water, and it was infested with rats and had chains where they’d chain (prisoners) up on the wall,” Willis said.

Bassett gave birth to another child after her release from prison and the family’s escape from Massachusetts: A daughter named Deliverance.

While she’s only known about her direct ancestor for a few weeks, Willis said she already feels a strong connection to Basset.

“I found out less than a month ago, and I already love her to death. She went through a lot,” Willis said. “These were Puritans, and they really believed in God speaking to them. It infuriates me, what they did to her.”

While Willis, 80, said she doesn’t know if she’ll get the opportunity to travel to Salem and see the place where her family’s fate was changed forever, she’s still planning on sharing her story with all who will listen and educating herself on Bassett’s life.