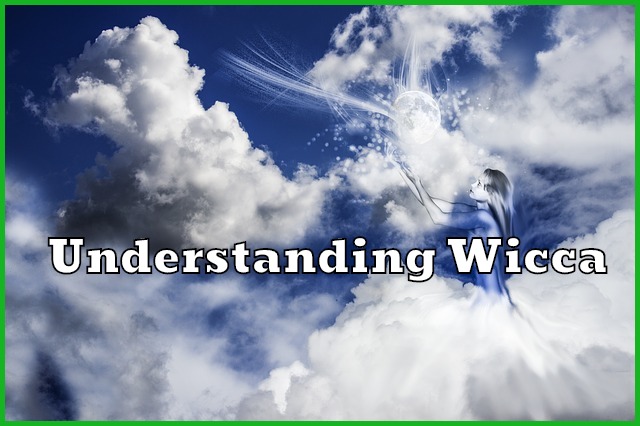 Wicca is a 20th -century interpretive revival of paleo-European Paganism. Wicca’s modern roots can be documented from the late 18th century, and the religion took its present name and form in the middle of
the twentieth century, from Gerald Gardner.

Today’s Wicca – sometimes called the Craft and the Old Religion – – is both enriched and prejudiced by stories, until recently accepted as fact, about persecution and survival through the Inquisition. Tales of medieval witches’ survival-by-secrecy are not literally true; but even today, in the era of civil liberties, some Wiccans must stay in the broom-closet. Slowly, modern witches are coming out of hiding to let the truth be known. (All Wiccans are witches, but not all witches are Wiccan.)

Wicca is not the only Western Pagan religion, but it is the best known. Others include the Norse Ásatrú and other Northern faiths (who call themselves Heathen), Greco-Roman and Egyptian traditions and Druidism, Native North and South American paths and Afro-Caribbean faiths. (Many incarcerated Ásatrúar practice legitimately, but some forms of Ásatrú or Odinism found in prison front for aggressive, racist/sexist white supremacy, and that’s unwelcome in most American Pagan/Heathen communities.)

Wicca is a nature-based, pagan belief system founded in the mid-20th century. Wiccans worship Nature, often
personified as Mother Earth and Father Sky. As polytheists, they can use many different titles for their deities. Many Wiccans will choose particular Gods or Goddesses from different religions around the world and use those Deities for personal devotions.

Many Wiccans meet within a coven, which is a small group of people. Each of these covens is autonomous and usually extremely different from one another. These covens can be mixed gender, all male, or all female, and can be large or small. Similarly, covens will use particular Deities as the main focus of their coven. It is extremely important to know that Wiccans do not worship or recognize the concept of “Satan,” “the Devil,” or any other entities of that nature.

Wiccans see “Satan” as a symbol against Jewish and Christian traditions. Although Wiccans do not use the Bible, they regard Christianity and Judaism as a world mythical system that deserves as much respect as all religions.
Most Wiccan groups also practice magic, in which they direct and use “universal energy” to affect an entity to the desired result.

Some members spell it as “magick,” to separate it from sleight of hand entertainments. Most, but not all, Wiccans use the rule of Threefold Return: any positive magick directed towards someone will come back as three times the benefit to the caster, while any negative magick directed towards someone will result in three times the harm to the caster. This rule results in a large sense of personal responsibility and individual decisions.

However, neither reincarnation nor any other literal beliefs can be used as a test of an individual’s validity of participating in Wicca.

Wiccans trace the historical origin to the reconstruction of Nature worship in tribal Europe, which revived in the early 1930s. The works of early twentieth-century authors such as Robert Graves, Margaret Murray, and Gerald B. Gardner began the renewal of interest in neo-paganism, which is the religious movement that incorporates rituals from traditions outside the main religions.

Gerald B. Gardner popularized the movement by declaring himself a witch in public after the repeal of anti-Witchcraft laws in Britain in 1951. In 1962, two of his students, Raymond and Rosemary Buckland, spread Gardnerian Witchcraft in the United States. In 1975, a group of covens secured legal protections and the benefits of church status by forming the Covenant of the Goddess (CoG), which has been recognized by the Internal Revenue Service (IRS).

The CoG does not oversee the Wiccan religion; however, it is the largest single Wiccan organization.

Devotional Practices and Services:
• Daily prayers are not required.
• Most Wiccans worship in groups. Solitary Wiccans and those that are separated from their coven may choose to
worship privately or form new groups on religious occasions. A small number of Wiccan covens worship in skyclad
(nude) as a sign of attunement to Nature. It is important to note that the vast majority of Wiccans worship completely clothed.
• Many covens bless and share wine during the ritual.
• Due to a lack of central authority, most Wiccans choose when, how, and what their devotional practices are.