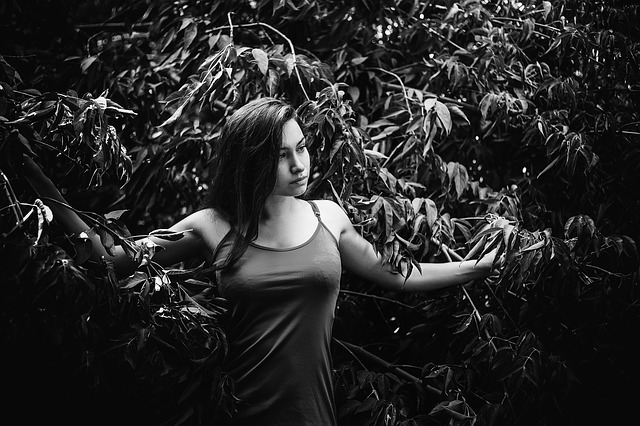 Hello and blessings beautiful souls, Saravá and Axé to you. My name is Avalon Cameron and today’s video is a highly requested one. Today’s video theme revolves around guidance for the beginner Witch. So if you are new to the practice of Witchcraft or you have been walking the path of the Witch for a short period of time and is still struggling to find your feet then this video is absolutely for you.

In this video I aim to provide you with tangible practical and grounded guidance that will assist you to better understand the landscape of Witchcraft as it stands today. So grab a pen and paper because you may get the urge to research some of the theories and philosophies and concepts that I mentioned throughout this video, and also grab yourself a cup of tea your coffee or something lovely to drink because we’re going to be sitting here sharing a little bit of sacred space.

So it may be of interest to you to know that I am a hereditary Pagan Witch and practitioner of traditional methods of Witchcraft. With that said I have spent a great deal of time in both Neo-Pagan Witchcraft and in Traditional forms of Witchcraft that are pre-modern. And so I feel like I’m in a really great position to offer you some information on both sides of the coin, and this is something that I feel is vastly lacking within the pool of resources that are available on the Internet and also in books.

So let’s now look at what Witchcraft is. Now, this is a tricky one to nail down. You’re going to find many thoughts and opinions pertaining to this very subject but I’m going to keep it really simple I’m going to stay to the very roots of the word itself so put very simply, Witchcraft is the magical action that is used to cause needed change in the self, in others, and in the world around you. At its core witchcraft is a comprehensive knowledge bank of skills, of wisdom, and of learned knowledge that when used correctly becomes the catalyst for enormous change in one’s life or one’s sphere of consciousness. Witchcraft is synonymous with control, it’s synonymous with having the upper hand, it’s synonymous with having the edge. A Witch practices the craft to control the outcome of a situation, and to bend that situation into their favor. And so, it is for this reason that Witchcraft is quite synonymous with the word control.

The pathway to witchcraft is a creative one. There is not one specific way to practice Witchcraft but there are many, and the actions and the information, the knowledge, and the wisdom that is required to be an effective practitioner of the craft, all boil down to curiosity, to patients, and to creativity. Witchcraft can be constructive and destructive depending on how it is used. This is not to be confused with good or bad or benevolent or malevolent. There is no good or bad in Witchcraft . Witchcraft is neutral it simply is. The only driving force in the practice of Witchcraft is truly the heart, the mind, the spirit, the skill, and the wisdom of the Witch who is in control at that moment when they are practicing their magic. Witchcraft is also synonymous with magic, and a Witch is a practitioner of the art of magic. Notice there that I said the art of magic? this is a throwback to what I have previously mentioned about Witchcraft being a creative, physical, tangible action. let’s now look at magic, because as I’ve said, magic is synonymous with Witchcraft.

So there are two kinds of magic in the wonderful world of Witchcraft these are oftentimes derogatorily known as high magic and low magic. Now high magic represents the magic of the nobles, the high brow, and this is a term that came into existence many many centuries ago as a means of differentiating between upper class and lower class. Low magic is the magic of the people. It typically refers to folk magic and is influenced by culture and a class level that was separate to that of nobility. High magic is now referred to more commonly as ceremonial magic, and lower magic is referred to more commonly as folk magic.

Ceremonial magic consists of some complex theories, philosophies, and practices that are closely associated with such practices as say, Grimoire Magic or Thelema, Enochian magic Kabbalah, to name but a few, and there are many, many, many subjects and practices that pertain to the rather large subject that is a Ceremonial magic. It’s worth having a little look at it if you are interested in finding out more, so definitely Google ceremonial magic to get a better understanding of what that truly means, because it is of a huge influence to the modern Witchcraft movement.

They practice of divination there as well as a greater understanding of lunar phases which moves into a little bit more of that astrological awareness. There is also some rather complex ideas and philosophies within the realm of folk magic that can make it rather exciting and some of these theories pertain to Spirits of place and the wonderful world of Spirit, the Otherworld the Hedge, and things of that nature that can be truly exciting to the Witch as they are studying such beautiful subjects or even practicing such beautiful subjects.

There is much more to Neo-Pagan Witchcraft as it blends well with New-Age thoughts and philosophies, and for this reason you are going to find that the umbrella that is Neo-Pagan Witchcraft is ever growing thus including such things now as star seeds and Accentionist magic to name but a few.

You will also find practices under the umbrella of Neo-Pagan Witchcraft that lean heavily into what is called Western Esotericism and this is something that I highly encourage you to google because there is quite a bit of information about the subject of Western Esotericism and it’s helpful to know at least some of the language that is prevalent there, and some of the philosophies and ideas. You don’t have to go deep you just have to have a bit of a skim read to help you to acclimate to these theories these philosophies because you’re going to encounter terminologies within this research that you hear thrown around within the Witchcraft community time and time again so it’s beneficial to just become familiar with that.

Traditional Witchcraft, on the other hand, is a term that is given to those who practice a pre-modern type of Wtchcraft. The term Traditional Witchcraft can be used in a variety of different ways to describe set traditions within this pre-modern Witchcraft movement. Traditions such as Cochran’s Craft or the Feri Tradition to name but a few. Then the term is also used to describe geocentric Witchcraft practices. These are practices that belong to a specific geographical location such as Cornish Witchcraft or Devonshire folk magic. And lastly, Traditional Witchcraft can be used to describe the practitioners of a Witch lineage, those who practice the type of magic that may has been handed down from one generation to the other and remain rather closed. There is also the inclusion of other folk magical practices that can at times fall under the banner of Traditional Witchcraft and these relate more to African diasporic Traditions, things like hoodoo, macumba are amongst them while they have their own titles such as a hoodoo rootworker or a conjurer.

What they are practicing are pre-modern practices of Witchcraft and folk magical practices of the people. And so you get quite a bit of movement under the umbrella term that is Traditional Witchcraft there are lots of avenues for you to explore, and there many, many resources that are probably less popularized than that of Neo-Paganism to help you to better understand some of these really rich and alluring practices on the other hand what you are most likely going to find in your average bookstore or on the many websites that sell material pertaining to witchcraft resources let’s put it that way there you are going to find a tremendous amount of information that specifically focuses on Neo-Pagan Witchcraft and there are so many resources that one can get lost and a little bit dizzy but it’s important for me to mention to you that there is also a wealth of information on traditional witchcraft that sits more on the fringe it’s there it’s available and you might have to work just that little bit harder to get your hands on some of those resources but they are there and they are worth exploring only by understanding what Neo-Pagan Witchcraft is an understanding of what Traditional Witchcraft is can help you better make a decision on which direction that you would like to go it also bears mentioning that there is no such thing as one is better than other in this term neo-pagan witchcraft is not better than Traditional Witchcraft or vice versa what you have here are two expressions of Witchcraft and your heart, your mind, your spirit is going to call to one more than the other and that’s okay.

The idea here is to make the most of this wonderful variety that you have at your disposition and to pursue something that really does ignite that joy that passion that curiosity that is the best part about it my next video is going to be dedicated to all those yummy resources that you know you want I’m going to be providing information on blogs, books podcasts and a few other bits and pieces to help you to better navigate that extensive pool of resources that are at your fingertips it can be quite a tricky process navigating all of that information and so my aim is to provide you with a little guidance as you do this to just make your experience that little bit better that little bit easier a little bit nicer and also to welcome you further into the practice of witchcraft.