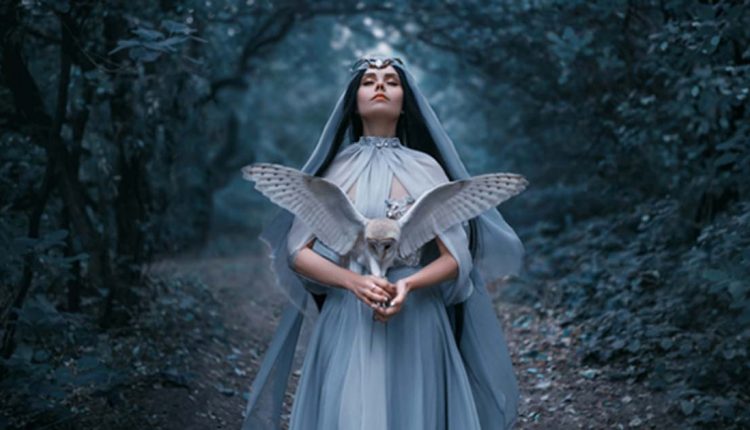 A highly-thought provoking report published in the October edition of  Christian Post highlights that “the number of witches (and wiccans) has dramatically increased since the 1990s, to the degree that there may be at least 1.5 million witches in the United States, which is higher than the 1.4 million mainline Presbyterians.”

The concept of witchcraft, humans controlling the elements and future events with magic, appeared at the beginnings of recorded history in both tribal cultures and in so-called highly advanced civilizations. Historically, in the west, Old Testament laws against witchcraft gained church approval in the Early Modern Period which posited a theosophical conflict between good and evil, wherein witchcraft was associated with worship of the Devil – the anti-Christ. 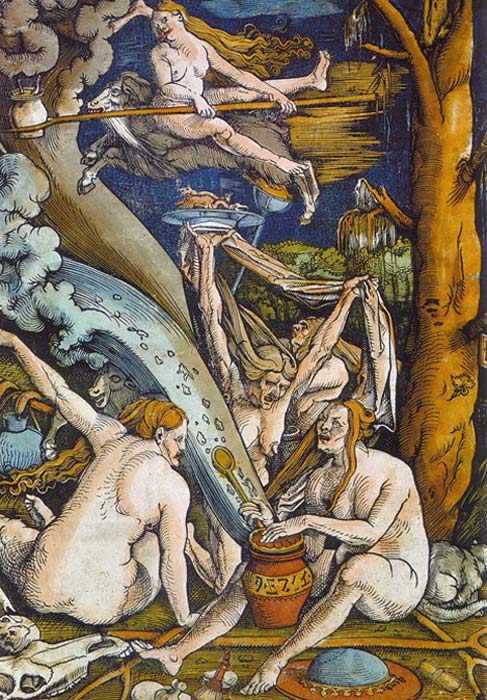 Today’s Wicca is a western religious movement practiced in the US and UK dating back to the mid-20th century and based on the pre-Christian religious traditions of Ireland, Scotland and Wales. Although movies and television shows tell stories of evil witches blighting ancient communities and of the brave witch hunters who slay them, these are mythological archetypes and in reality, original witchcraft, was greatly based on freedom of thought and the power of the individual will, in accordance with nature.

The new research is based on data from Dr Alden Wicker’s  Quartz, a Trinity College Connecticut study supported by researchers at the Pew Research Center, which says, “between 1990 and 2008, the number of Wiccans in the United States grew from 8,000 to 340,000.” Furthermore, the Pew Research Center reported in 2014; “0.4% of the population ‘1 to 1.5 million’ Americans “identify as Wicca or Pagan.” A report on CNC News says that the practice of witchcraft “has grown significantly in recent decades” and that the number of Americans who identify as ‘witches’ has risen concurrently with the rise of the ‘witch aesthetic’.” 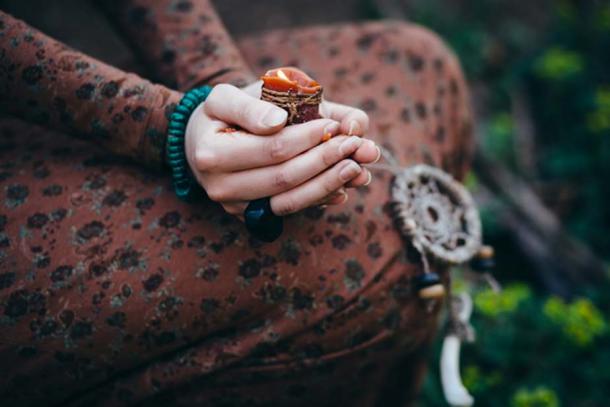 Up to 1.5 million Americans identify as Wicca or Pagan ( grape_vein / Adobe Stock)

Origins Of ‘The Craft’

In response to witchcraft, between the 14th and late 17th century, churches waged war on witches and their widespread capture, torture and death was practiced across Protestant Europe, ending in the early 18th century at the birth of the Age of Enlightenment. From the mid-20th century, contemporary witchcraft, Wicca, distinguished its practices from the older banished practices and in Wiccan, and other modern witchcraft traditions, practitioners no longer keep their beliefs secret and often join online communities, extensive cyber covens with hundreds of thousands of like-minded members, where spells are developed, and ritual work is discussed in depth. 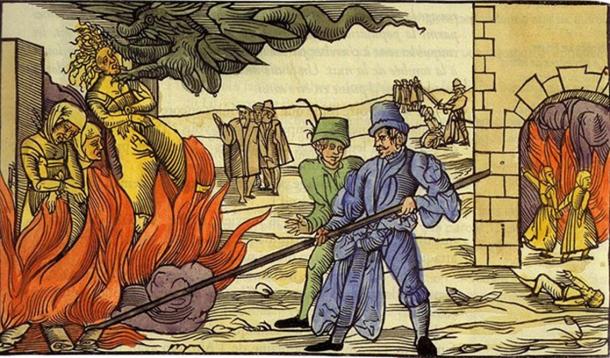 Adding a sinister twist to the new findings, in a research article published on Church Leadership titled Statistics and Reasons for Church Decline , Dr. Richard J. Krejcir asked, “What is Going on with the Church in America?” Referring to data from The United States Census Bureau Records, backed up by denominational reports and the Assemblies of God U.S. Missions, Dr Krejcir gave two startling statistics: “Every year more than 4000 churches close their doors compared to just over 1000 new church starts; Every year, 2.7 million church members fall into inactivity.”

What is interesting in this is that the ‘catastrophic decline’ in American churches loosely matches the ‘astronomical increase’ in online witch covets and joiners of Wiccan religious systems. It would be irrational to jump to the conclusion from these figures that badly managed Christianity breeds young pre-witches, but it has to be asked why such hordes of people are leaving the church and why witchcraft numbers are increasing so rapidly. The two belief systems relate to the religious parts our brains and thinking processes, and thus, must be connected in some way.

Bringing balance back into these new findings, which some media outlets are projecting as “threatening” and “shocking’, it would be a great abstraction of the truth to think that these hundreds of thousands of new American witches are all sacrificing virgins, lambs or attempting to raise the Dukes and Lords of Hell, for quite the opposite is the case. Wiccans, in general, are a peaceful bunch of folk, for example, a Quartzy article about the rise in witchcraft interviewed “a Green Witch from Washington State,” who defines her religion as “a deep adherence to nature and natural law, an attention to the cycles of the earth and the lives within it.” Being a “Green Witch” her practices mostly “revolve around the plant kingdom and herbal healing,” so no black cats and broomsticks to been seen here (the villagers can retreat)… 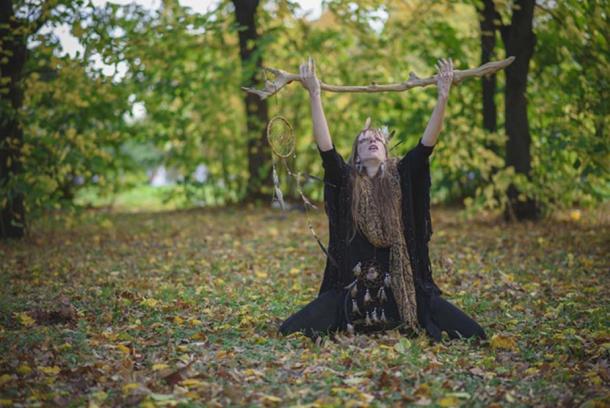 The Heresy of The Witches

A paper on Historic UK states that “Witchcraft was not made a capital offence in Britain until 1563 although it was deemed heresy and was denounced as such by Pope Innocent VIII in 1484. From 1484 until around 1750 some 200,000 witches were tortured, burnt or hanged in Western Europe.” Today, Wicca identification in the UK was presented in a 2011  government census  which found “12,000 Wiccans in England and Wales.”

In Scholar Andrew Sneddon’s 2016 book Witchcraft and Magic in Ireland, the author attempts to explain why there “was so little witch-hunting in Ireland,” although significant cases have appeared since the early 2000s, such as; Florence Newton in Cork (1661) and the Island magee witches in Antrim (1711). Author Raymond Gillespie’s 1990s work maps “the magical, moral world of early modern Irish people” deepening our understanding “of how witchcraft, ghosts, divination, prophesies and astrology and other forms of supernatural intervention in earthly affairs constituted an essential part of both Catholic and Protestant popular religion in Ireland.”

From these ancient origins in the pre-Christian religious beliefs of western Europe, witchcraft has become the focus of themes in pop culture; movies and television shows, such as the successful Sabrina franchise, inspire young, questioning minds to consider witchcraft as a viable life course. And these aspiring young witches look up to adult figures such as Courtney Brooke, who places herself in a “subset of witches that adhere to a feminist dogma and identify specifically as “feminist witches” (via Quartzy).

This new political category of witchcraft – “Feminist witch” – is the blatant mainstreaming of mysticism, the politicization of an ancient craft, and as such it is quite clearly aimed at liberal millennial women, who as one Wicker told Quartzy, “are already involved in yoga and meditation, mindfulness, and new-age spirituality.” The elders of witchcraft, who have been practicing since the 1960s, and earlier, must facepalm in the site of these space age mutations of the ‘old ways.’