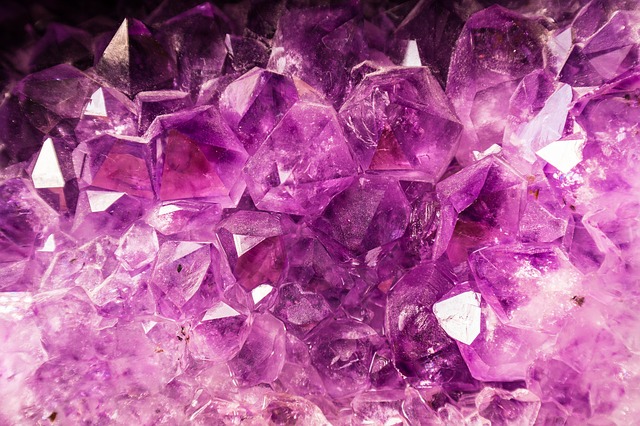 Spell-casting Using the Power of Minerals

“Minerals” includes rocks, crystals, and gemstones. Many associate crystals with New Age philosophy, but gemstone therapy and the magic of minerals are about as old age as you can possibly get.

Modern magic is profoundly influenced by the power of iron, but prior to the Iron Age, there was the Stone Age. Do you think you’ve never accessed gem power? Most of us have, even if unwittingly. The diamond ring placed on the finger of an affianced woman serves to ensure sexual fidelity and relieve sexual inhibitions. Jeweled earrings, of all kinds, offer protection to a vulnerable threshold of the body.

Many anthropologists assert that all jewelry originally derives from amulets. Alongside shells and seeds, the earliest jewelry was stone. Jewelry may be placed on the body carelessly. However, if it is combined with conscious intent, incantation, petition and/or visualization, something as simple as adorning the body becomes a powerful magic spell. Placing a ring, a bracelet or a locket on someone else’s body is potentially a discreet but very powerful method of casting a spell upon them. Crystals are worn, placed upon altars, added to conjure bags, placed under pillows and used in a wide variety of spells.

Beyond specific geologic analysis, distinctions between rocks, crystals and gemstones tend to derive from human perception of value, with the term “gemstone” implying greatest value, “plain rock” the least. Of course, what’s valuable from a financial or aesthetic perspective may not correspond to magical value. Every specific type of mineral formation, like each specific botanical, has its own hidden powers, attributes and gifts.

Like botanicals, from a magical perspective, the mineral kingdom teems with life. The magical quality that characterizes the mineral kingdom (to distinguish it from others) is memory. Stones are believed to retain memories of everything that occurs to them or in their presence. They are Earth’s silent witness to history. Because their nature is so different from our own, even more so than with botanicals, which are clearly born, eat and die, it can be very difficult to perceive minerals as alive.

Although anyone can access the magic power of crystals superficially just by tucking a crystal into a mojo hand, in order to work closely with them, it’s necessary to acknowledge that unique memory, that minerals can feel emotions of a kind (the spectrum runs from loyalty and benevolence to resentment of bad treatment) and can communicate their knowledge. Stones have no mouths: they can never learn to speak in the exact manner of a human. However, we can learn to hear and listen to them.

Once upon a time, because of great respect for minerals’ magic powers and their formidable powers of memory, as much care, if not more, was taken when gathering (harvesting) stones as it was with botanicals.

Many cultures perceived stones and metals, not as distinct products of Earth for human use, but literally as part of Mother Earth’s body. Stones are often perceived as her bones or teeth. From that perspective, great care must be taken when extracting and using them. Only certain people were authorized to gather stones, using very specific propitiatory ritual. Profound cleansing rituals were undertaken before and after their harvest.

Stones were removed with care and respect. Offerings and libations were given to Earth as reciprocal payment and compensation. Perhaps you have access to a stone that’s been treasured for a very long time, a museum piece, as it were. In that case, appropriate rites and care may have been taken. Otherwise, it is fair to assume that the rocks and crystals available today were not removed from Earth with love and care, but yanked out brutally and disrespectfully. As crystals have grown in popularity, the temptation to exploit this popularity for the purpose of some quick cash frequently outweighs any metaphysical concerns. Assume therefore that crystals may arrive complete with grouchy, resentful attitudes.

Furthermore, minerals are the witnesses of human experience too. Minerals are absorbent, absorbing surrounding emotion. Many minerals, particularly the most expensive—diamonds, emeralds, and rubies—are extracted amidst great human suffering. The stones carry these emotions with them as they travel to your hands.

All is not hopeless, however. Stones may be cleansed. Cleansing can remove memory stores, like wiping a computer’s memory, allowing for a fresh start. The depth of memory removal depends upon the stone and the cleansing methods used.  Stones need to be charged for a purpose or to harmonize with your personal energy, to enhance your partnership.