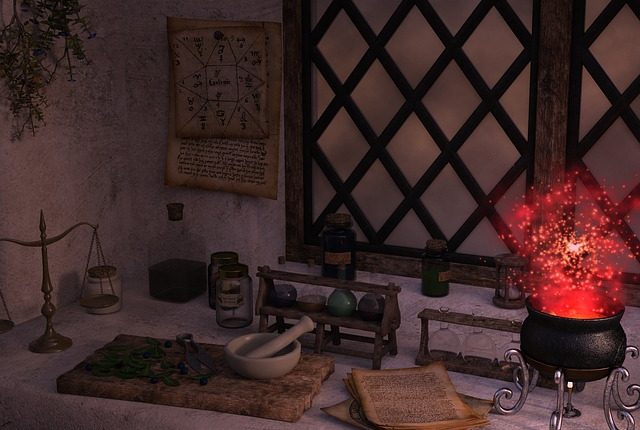 A Growing Number Of Black Women Leaving Churches For Witchcraft

Growing numbers of African American women in Maryland, and across the nation are leaving traditional church worship. All of them are in search of something else, a spiritual belief that connects them to their ancestors, and where they can feel more empowered to control their own well-being.

They have found it in ancient forms – a spiritual contact.  Some call it witchcraft, a term they accept and embrace.

They tell us that, “For most of us this is how we worship A tradition that predates us all this too is an ancient art of worshiping not to God the Father Son and Holy Ghost, but to spirits and deities that span the oceans and date back to pre-slavery days in Africa.

“If you come to me with pleasantries you, being respectful you’ll get Glenda the good witch. But if you come at me with negativity and meanness and disrespect then you’ll get worse.”

Who are these women? They have many names and titles and ranks within their belief system. They are college educated, professional women, who’ve chosen to believe that theirs is a truer example of worship that is inclusive of the genders. It connects them they say, to their ancestors, and fills a need not found in traditional worship.

Though most of them grew up in the church. One woman said, “The older I got the more disconnect I felt. I was raised Baptist. My father and even my mama were and I was in church all the time.”

They are among the growing numbers of African-American women who have chosen for themselves a new life, leaving the church in search of more meaning in their lives and yes it can be called witchcraft.

At a recent convention in Baltimore, more than 200 witches gathered.

A sisterhood, their spells are for good not for evil.

In the video accompanying this article, you can see them perform a ritual.  The women are preparing an offering to assist on behalf of a woman in California who’s looking for a mate.  The AMA type dish is sweetened with honey, believed to be a favorite of Ashume. Prayers are said over the offerings, and for the woman in need.

A portion is offered to Eschew the male counterpart and placed in a secret place beneath the stairs.

They ask the spirit if she is pleased and shells are tossed to the floor to land up to land down.

These daughters of the moon, followers of Ashen. Women powerful determined and understanding, say there is nothing to fear.

They are here and they will be here for the foreseeable future.

Yes there are witches among them.

“This is something that our ancestors did, and all we’re doing this tapping back into it so that we can become our best selves, individually and together.”