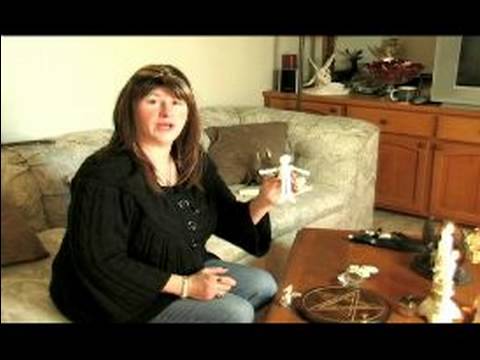 How to Cast a Healing Spell in Witchcraft

Normally what I would do if I was doing a spell for healing, is I would write out a petition. And that would be almost like a prayer, saying what I intend to do and for whom I intend to do it.

Then I sometimes use a poppet, as I had mentioned before, and I wrap herbs around it. Or if say they had a broken leg, I would concentrate the healing on the leg part.

Sometimes what I do is I’ll take a photograph and put the photograph over the face, so that it actually looks like the person.

That’s called sympathetic magic. Where I’m not actually doing the magic on somebody, but I’m doing it on something instead. And then I would place it on the pentacle, and I would continue with the spell saying what I would want for the healing and want for the person. And of course, for the highest good of all, and that it harm none.